Where do you find them? - Trump to Imran Khan - Video 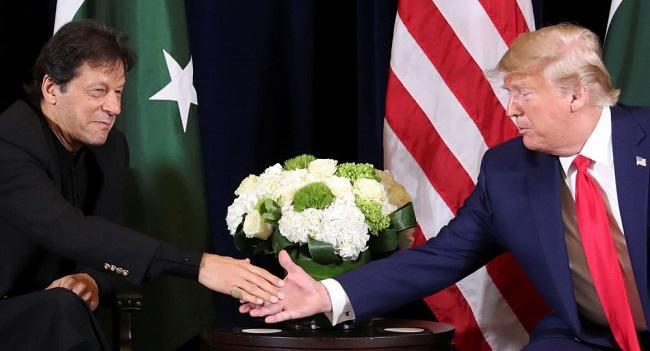 Pakistan Prime Minister Imran Khan was left speechless when US President Donald Trump took aim at the reporters accompanying Khan’s contingent after they quizzed him during a press conference.

Pointing towards Pakistan prime minister, Trump snubbed the reporter saying: “Are you from his (Imran Khan’s) team? You are saying things that you think. Yours is not a question but a statement.”

At one point, Trump asked a Pakistani journalist to keep his questions short.

The reporter again asked the US President about alleged human rights violations in Kashmir, prompting Trump to turn towards Khan and ask him: “Where do you find reporters like these? These guys are fantastic.”