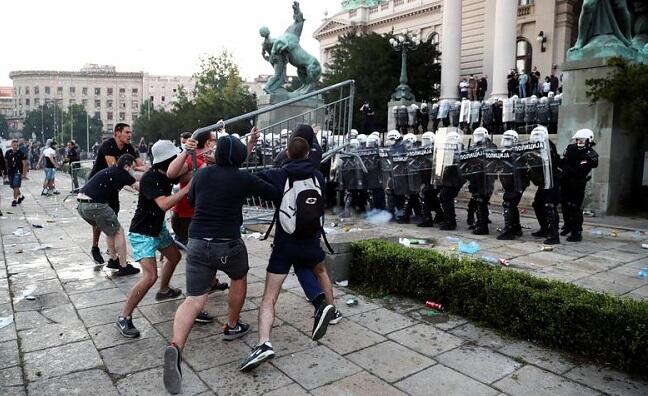 Serbian police have detained 71 people after clashes during the fourth night of anti-government protests that were initially sparked by the announcement of a new coronavirus lockdown, a senior police official has said.

Protesters defying a ban on gatherings because of the pandemic threw bottles, rocks and flares at police who were guarding the parliament building, and police responded with teargas to disperse them.

Similar clashes broke out twice earlier this week. The protests began when the populist president, Aleksandar Vucic, announced a strict curfew for this weekend to curb a surge in new coronavirus cases.