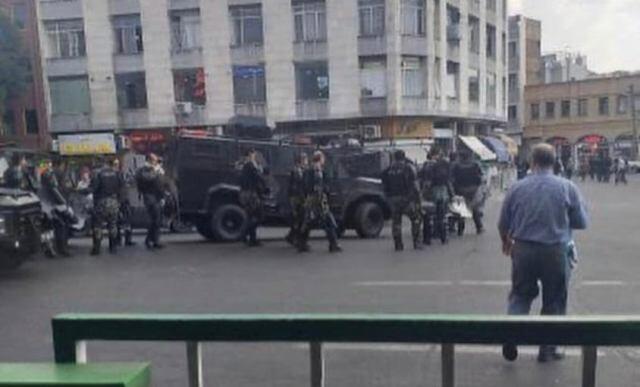 At this time, protests against the social situation began in Tabriz.

Axar.az reports that this was reported by our compatriots living in Tabriz. It was stated that electricity was cut off in the area due to the action, and the Internet was very weak.

Police have set up checkpoints on all central streets.

A large number of special forces are involved in the area.

Police and protesters clashed in Tabriz. It is reported that there were injured during the incident.

Protests have also begun in other cities of South Azerbaijan. Currently, the protesters are supporting the protests in Alahvaz.