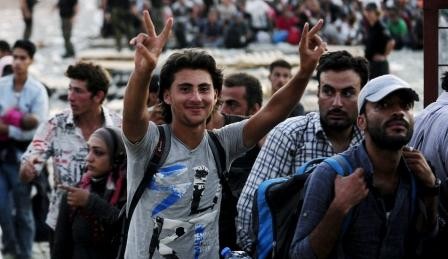 The European Union has launched a multi-million euro aid project to help up to a million Syrian refugees in Turkey – part of the deal aimed at curbing numbers coming to Europe.

Refugees living outside camps are to receive debit cards to help them buy their own food and other basic needs.

Unveiling the project worth 348 million euros in the Turkish capital, the EU Commissioner for Humanitarian Aid and Crisis Management, Christos Stylianides, said it should give refugees a “semblance of normality” in their lives.

The Commission says safeguards are in place to ensure the money is correctly spent.

The EU has pledged three billion euros in 2016 and 2017 to help Turkey support Syrian refugees in the country. In return Turkey has agreed to stop migrants leaving its shores for Europe.

The World Food Programme, backed by the Turkish Red Crescent, will administer the programme along with the Turkish crisis management agency and the Turkish Ministry of Family and Social Policy.