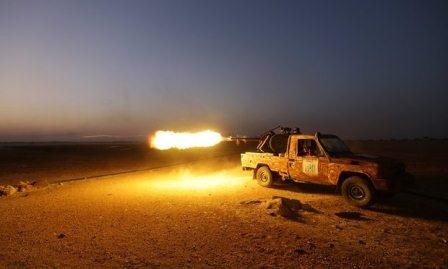 Heavy clashes have erupted between regime and rebel forces in Syria’s divided city of Aleppo after a three-day "humanitarian" ceasefire expired before the UN could evacuate wounded civilians from rebel-held areas.

Neither rebels nor residents of opposition-held districts heeded calls from Syria’s army and Moscow to leave during the ceasefire, after weeks of devastating bombardment and a three-month government siege.

Syrian state media and Russian authorities have accused rebel forces of preventing civilians from leaving and of using them as human shields.

Almost 500 people have been killed and more than 2,000 civilians wounded since the army launched its offensive to drive the rebels out of the eastern districts they have held since 2012.

The UN had hoped to use the ceasefire to evacuate seriously wounded people and possibly deliver aid. But a UN official said on Saturday the requisite security guarantees had not been received.

"You have various parties to the conflict and those with influence and they all have to be on the same page on this and they are not," said David Swanson, a spokesman for the UN humanitarian office.

No additional aid was delivered, leaving the beleaguered rebel-held eastern part of the city without any immediate sign of western help. No aid has entered Aleppo since 7 July and food rations will run out by the end of the month, the UN secretary general, Ban Ki-moon, has warned.

Three people were wounded by shelling of the rebel-held Salaheddin and Mashhad districts on Sunday, the Syrian Observatory for Human Rights said, adding that the first airstrikes since the end of the truce hit the opposition-controlled district of Sheikh Saeed, where there was also heavy fighting.

Fierce fighting between rebels and Syrian government forces also started along a strategic frontline in south-west Aleppo that in the past has been used to break the siege.

Russia opened eight corridors for evacuations during the ceasefire, but just a handful of people crossed through a single passage.

No fighters with Jabhat Fateh al-Sham – one of the most powerful jihadi groups in Syria – left the city, a key demand of the Russian government. Russia has insisted that moderate rebels disassociate themselves from Jabhat Fateh al-Sham (formerly known as al-Nusra Front) and encourage them to leave the city.

According to the UN data, there are about 8,000 moderate opposition fighters in Aleppo and about 900 Jabhat Fateh al-Sham militants. Both Russia and the west regard the militants, who have links to al-Qaida, as a legitimate target in the Syrian civil war.

The Free Syrian Army (FSA) rebel alliance, which has said it is preparing for a big attack to break the siege, warned residents in and around the city to stay away from government and military buildings for their own safety in a statement on Saturday. FSA rebel groups said they had repelled various offensives by government forces.

The French foreign minister, Jean-Marc Ayrault, called for fresh economic sanctions to be imposed on Syria after a UN report released on Friday found that its government had used chemical weapons for a third time.

Ayrault, speaking on Saturday, said: "I want ... a clear condemnation of these crimes in a resolution from the UN security council ... that places the perpetrators under sanctions."

The UN report said the Syrian army had attacked a village with chemical weapons in 2015. Islamic State has also been accused of using mustard gas as a weapon.

"The Syrian army and Daesh [Isis] have used chemical weapons against civilians on at least three occasions," Ayrault said. "These acts are inhuman and unacceptable."

He called on UN security council members to "assume their responsibilities".

A European Union attempt to impose a fresh round of economic sanctions against Russia over its attack on Aleppo failed on Friday following protests led by Italy.

Responding to the UN report, the UK foreign secretary, Boris Johnson, said: "The use of chemical weapons is horrific, and a breach of international law and UN security council resolutions. It is crucial to hold those responsible to account."

It is likely that Russia would veto any sanctions against Syria at the UN, arguing the UN evidence is not conclusive. The latest set of events leave no prospect of a way out after almost every diplomatic avenue has been explored.

Russia is now focusing its diplomatic efforts on Turkey, Qatar, the US and Saudi Arabia, excluding Britain, Germany and France on the basis that they have less direct influence over fighters on the ground.

Russia is a key ally of Syria’s government and began a military intervention in support of President Bashar al-Assad last September. Kremlin spokesman Dmitry Peskov said on Saturday the intervention was meant to "liberate" Syria and keep Assad in power.

"Either Assad is in Damascus or [Jabhat Fateh al-Sham] is," he said. "There is no third option here."

The Syrian Observatory for Human Rights (SOHR) said earlier that both rebels and regime forces appeared to be reinforcing their positions.

The head of the SOHR, Rami Abdulrahman, said: "The regime and the rebels are both bolstering their forces, which raises fears of a massive military operation."