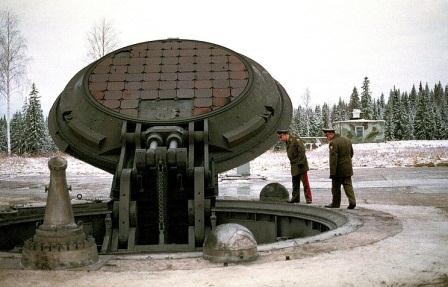 The RS-28 Sarmat is the newest heavy liquid-propelled intercontinental ballistic missile currently being co-developed for the Russian military by NPO Mashinostroyeniya in Reutov (Moscow Region) and the Makeyev State Missile Centre in Miass.

The beginning of Sarmat’s drop tests depends on the time of the reconfiguration of the silo at the Plesetsk site, which will be used for testing.

Russian Deputy Defense Minister Yuri Borisov said previously that the mass of the Sarmat ICBM warhead is 10 tonnes, and the missile is capable of destroying targets flying across both the North and South Pole. The Sarmat ICBM that is to replace the Voyevoda, will be created in several versions, Borisov said.

According to the developers, the advanced Sarmat will weigh within 100 tonnes. According to Yuri Borisov, its range will exceed 11,000 km.

The cutting-edge missile is designed as a successor to the world’s largest and most formidable ballistic missile, the R-36M Voyevoda, weighing 210 tonnes and carrying 10 individually targeted warheads 750 kilotons each.