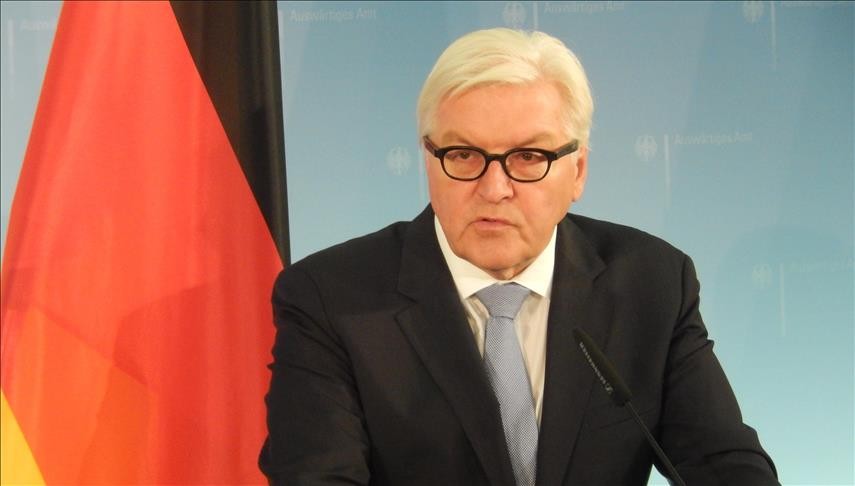 Europe needs Turkey’s support to reach a cease-fire in Syria and address the crises of the region, Foreign Minister Frank-Walter Steinmeier said Wednesday.

Speaking at a joint news conference with Palestinian Prime Minister Rami Hamdallah in Berlin, Steinmeier stressed the importance of close cooperation with Turkey in addressing the current challenges in the Middle East.

"Of course, we still have some difficult discussions between our governments," Steinmeier said, referring to strained ties between Berlin and Ankara in the aftermath of the foiled July 15 coup.

"But we need these difficult discussions, simply because Turkey’s role remains important. Both in relation to the Europe and also concerning Turkey’s role in the Middle East."

Ankara has sharply criticized its European partners and Germany for failing to show solidarity with Turkey over the coup attempt.

European governments have raised concerns about post-coup investigations and Ankara’s declaration of a state of emergency, and opposition parties have called for the suspension of Turkey’s EU accession talks.

Steinmeier said the challenges Turkey faced in a difficult neighborhood were understandable.

He also expressed Germany’s expectation that Turkey will play a constructive role to reach a cease-fire in Syria, stressing that support from regional powers is key to success.

Separately, the German Foreign Ministry expressed hope Wednesday that Turkey and Iraq will soon resolve their dispute over the presence of Turkish troops in northern Iraq deployed as part of anti-Daesh efforts.

Ministry spokesman Martin Schaefer told reporters in Berlin that Turkey has been an important partner in the fight against Daesh, and its participation in the international coalition against Daesh has been essential.

"Without Turkey’s participation, without the allocation of Incirlik Airbase, from where most of the German military activities against ISIL are carried out, this fight against ISIL would have been less successful," he said.

Schaefer said Germany is hopeful for a consensual solution to the dispute between Ankara and Baghdad, one which takes into account Iraq’s legitimate interest in its sovereignty and Turkey’s interest in its security.

Ankara has long expressed a willingness to play an active role in the ongoing Mosul offensive against Daesh, but has met with opposition from Baghdad.

Bagdad has taken exception to Turkey’s military base in Bashiqa, around 20 kilometers (12 miles) northeast of Mosul, established to provide training to Iraqi local forces to battle Daesh.

A visit of a high-level Turkish delegation to Baghdad last week helped ease tensions between the two neighbors, and a high-level Iraqi delegation is expected to visit Ankara next week to resolve the dispute.