Trump: "Cancel the election and give it to me" 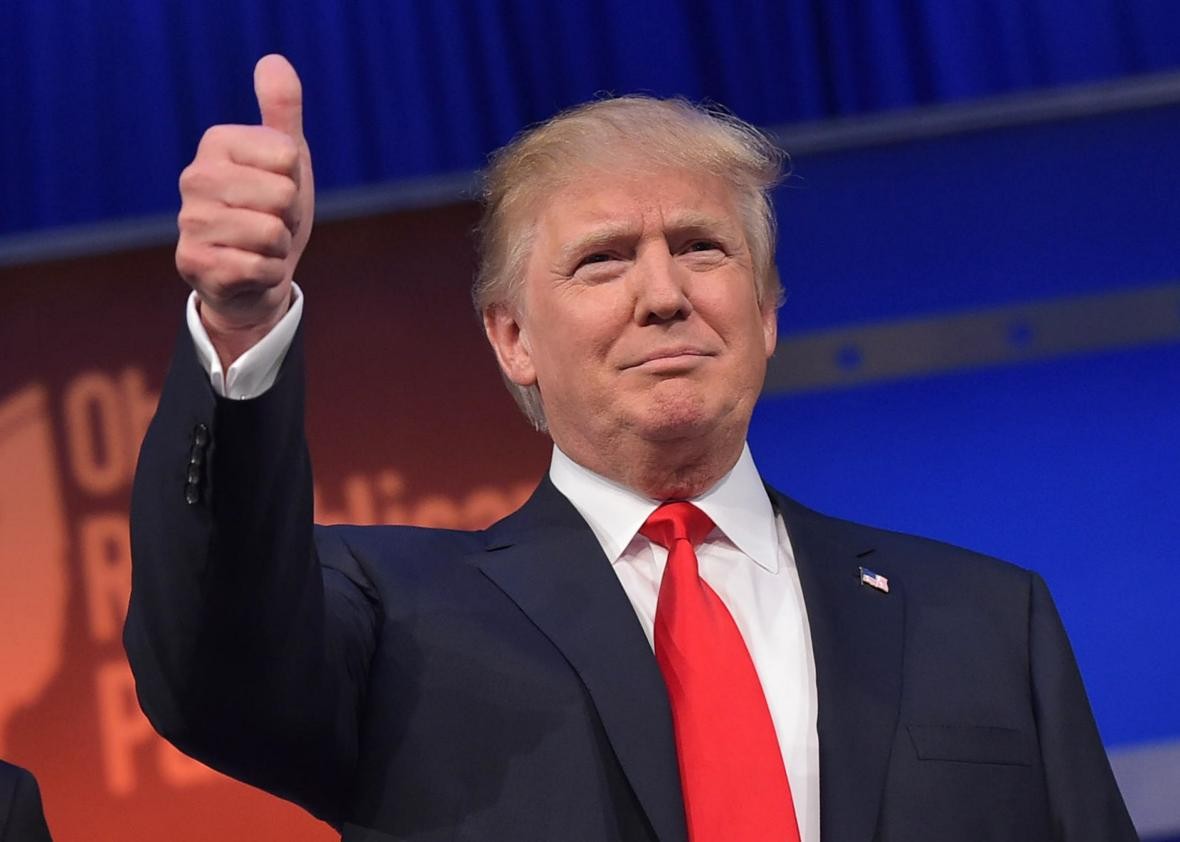 Donald Trump on Thursday lightheartedly suggested to his crowd that America cancel the election and just give him the prize.

"Just thinking to myself right now," he offered, "We should just cancel the election and just give it to Trump, right? What are we even having it — what are we having it? Her policies are so bad. Boy, do we have a big difference." The crowd cheered, both at the prospect of their man in the White House and at the jeer about Hillary Clinton's policies.

It's not the first time Trump has wondered if the election could just be called for him early as opposed to on Election Day. During the primaries, Trump used to wonder if voters couldn't just vote already because he was sitting so high in the polls. Then, he didn't joke about canceling the election and just giving it to him outright. And of course, he hadn't discredited the election process then as he has now.

Trump's calls to just "give it to Trump" come as he repeatedly decries the electoral system as "rigged" and stacked against him. The GOP nominee has asked his supporters to be wary at polling places to ensure that no irregularities are taking place and has repeatedly warned against voter fraud - which Trump claims is rampant but studies actually show is rare.

For the second day in a row, Trump dredged up attacks on former rival Jeb Bush, who has long left the race and been largely silent throughout the general election process. On Thursday Trump set up a Bush versus Clinton battle, polling his crowds on who was more low energy of the two.

"What's the answer? Who? Who? Who's more low energy?" Trump peppered his crowd, referencing a question he said Fox News' Bill O'Reilly just asked him during a taped interview prior to the rally. Amid cries of "Hillary" and some shouts of "Jeb!" Trump decided, "Hey, and you know what I say? Doesn't matter."

The majority of Trump's remarks focused on Wikileaks and Obamacare, but he did struggle with pronunciation at this second of third rallies in Ohio. While speaking about jobs, he stumbled over the company name Dixon Ticonderoga. "Dixon Ticondererarara-woo," Trump fumbled as others have before him when reading unusual names off a TelePrompter. "Dixon Ticonderoga," Trump righted. "Right? That the name? Who the hell cares, they're gone, I mean, who cares."

As the GOP nominee wrapped his speech, he veered off into a tangent about inner cities and African-Americans, during which he uttered the words "ghettos." Appearing to realize that he'd stumbled into using a loaded word, Trump pushed forward cautiously. "Our ghettos are in, so you take a look at what's going on where you have pockets of, areas of land, where you have the inner cities, and you have so many things, so many problems."

The utterance comes one day after Trump laid out his plan for urban renewal and inner city revival.