Crimea to supply gas to Ukraine’s town till March 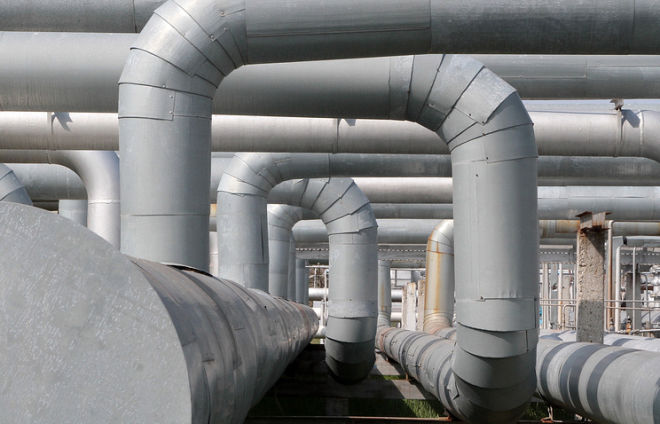 Russia’s Crimea will supply gas to southern Ukraine’s Genichesk to March of next year, Crimea’s deputy at the State Duma Mikhail Sheremet said on Sunday.

"I know for sure that exactly till March the supplies will be made, and in the required amount so that the heating season goes smoothly," he said.

Earlier, TASS reported that on January 2, 2016 through the bitter cold and snowy winter with sub-zero temperatures reaching minus 14 degrees Celsius, Genichesk faced limited capacity of the Strelkovoye gas field, located on the shelf of the Sea of Azov off the Kherson region. Pressure in the city's gas distribution system had been reduced, cutting over 1,500 consumers off gas supplies. Two days later, on January 4, 2016 at Genichesk Mayor’s request Russian President Vladimir Putin issued an instruction and the Crimean enterprise launched gas supplies to the town, amounting 20,000-25,000 cubic meters per day for the winter period.

In the autumn, Genichesk residents filed a request with Crimea’s head Sergei Aksyonov to resume gas supplies to their region, and the official told Russia’s President Vladimir Putin about the request.

"Traditionally (before Crimea rejoined Russia - TASS), they (Genichesk’s residents) received gas from Crimea, and this year they began preparing for the cold season well in advance," Crimea’s Head Sergei Aksenov said earlier. "They have collected about 300 signatures under the appeal to Russia to supply gas, and I asked the Russian president to order beginning of the supplies."

Russia began gas supplies to Genichesk on Saturday, at 20:28.