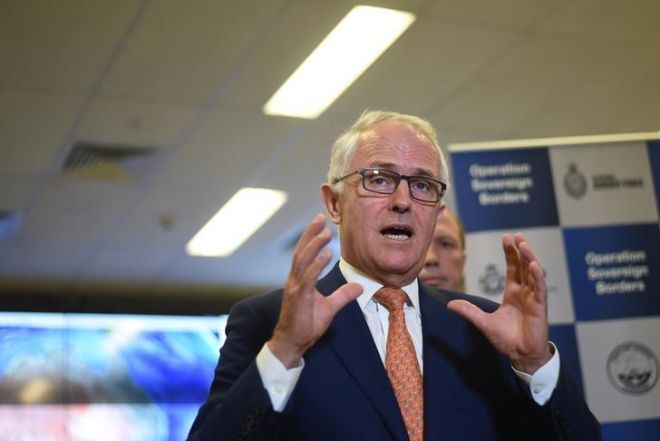 Australia announced last week it had reached a deal in which the United States would take a substantial number of the 1,200 refugees held at the Australian-funded offshore processing centers, although the election of Donald Trump has injected uncertainty into the agreement.

Trump started campaigning for the presidency by advocating a blanket ban on Muslims entering the United States, but later adjusted his stance to propose that the ban should apply to people from nations that had been "compromised by terrorism".

Many of asylum seekers at the camps are Muslims who have fled conflicts in Iraq, Syria, Afghanistan and Pakistan.

“Officials from Homeland Security are in Australia right now in fact and they will be going to Nauru shortly,” Turnbull said on the sidelines of the APEC summit in Lima, Peru. A transcript of his remarks to journalists was issued by his office.

Resettlement is unlikely to come before Trump's January 20 inauguration, and Turnbull said the timeline would be determined by American officials.

Professor Simon Jackman, chief executive of the United States Studies Centre at Sydney University, said the deal may require further negotiation once Trump was in office.

“All of the signs from the Trump administration are that deals like this are looked at unfavorably,” Jackman said.

Should Trump veto the deal, the detainees would be left with the choice of returning to their home countries or remaining in Nauru or Papua New Guinea.

Turnbull is facing growing outrage both at home and internationally over the treatment of the refugees. A U.S. veto may force him to search for another country willing to take them.