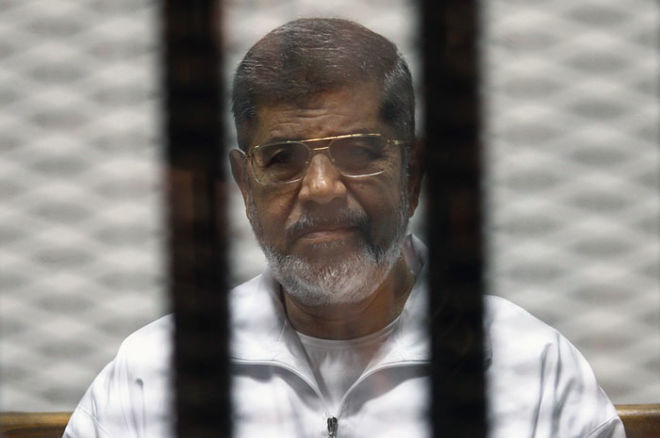 Egypt's Court of Cassation overturned a life sentence against deposed President Mohamed Mursi of the Muslim Brotherhood and ordered a retrial in the case that revolves around accusations of espionage with Palestinian group Hamas.

The court overturns all convictions in the case including life sentences against Mohamed Badie, the General Guide of the Muslim Brotherhood, and 15 others. Senior Brotherhood officials Kheirat al-Shater and Mohamed al-Beltagi, as well as Mursi aide Ahmed Abdelatti had originally been sentenced to death in the case and also saw their convictions dropped on Tuesday, Reuters reports.

Democratically elected after the 2011 uprising, Mursi was overthrown in mid-2013 by Abdel Fattah al-Sisi following mass protests against his rule, and was immediately arrested. He remains in jail on separate convictions. Mursi was one of 22 high-ranking Muslim Brotherhood officials and supporters convicted last year of spying for fellow-Islamist group Hamas.