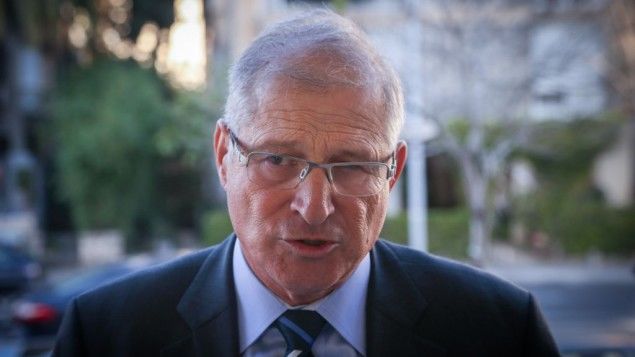 Israel's attorney-general ordered the police on Wednesday to investigate a government contract with Germany for three submarines and other naval craft, the Justice Ministry said.

The deal has come under public scrutiny since it emerged that Prime Minister Benjamin Netanyahu's personal lawyer also represents the local agent of the German conglomerate ThyssenKrupp Marine Systems set to build the vessels.

"Following new information that has been received today from the police and in view of other developments in the matter ... the attorney-general has ordered an investigation to be carried out by police concerning various aspects of the affair," the Justice Ministry said in a statement.

Both Netanyahu and his attorney David Shimron have denied any impropriety and ThyssenKrupp Marine Systems said it has no contractual connection with the lawyer.

Shimron said he welcomed the inquiry and that its findings would clear him and that he would cooperate with investigators.

"I am absolutely certain ... that objective, expert officials will find, once and for all, that my actions were faultless and that I acted according to the law and in line with conflict-of-interest arrangements," Shimron said in a statement.

The three submarines, costing about $1.5 billion, are due to replace aging vessels and will be delivered in about 10 years. Israel currently has a fleet of five German submarines, with a sixth due to go in service around 2018.

With the Israeli media largely focused on Shimron and the ethics of his representing both Netanyahu and Ganor, the prime minister, now in his fourth term, does not appear to be in any immediate political danger.

Nor has there been any indication that the deal itself, which Netanyahu, 67, defended in public remarks to his cabinet on Sunday, is in any jeopardy.

The submarines are widely believed to be capable of carrying missiles with nuclear warheads and serve as a second-strike deterrent against Iran, should it ever build atomic weapons.

Iran has denied ever seeking nuclear arms and Israel has never acknowledged that it has any of its own.

First elected to Israel's top office two decades ago, Netanyahu has weathered several scandals, including a police investigation and state audits into his family's spending.

Former defense minister Moshe Yaalon, who was removed by Netanyahu and is now a political rival, has said that the new submarines are surplus to Israel's requirements.