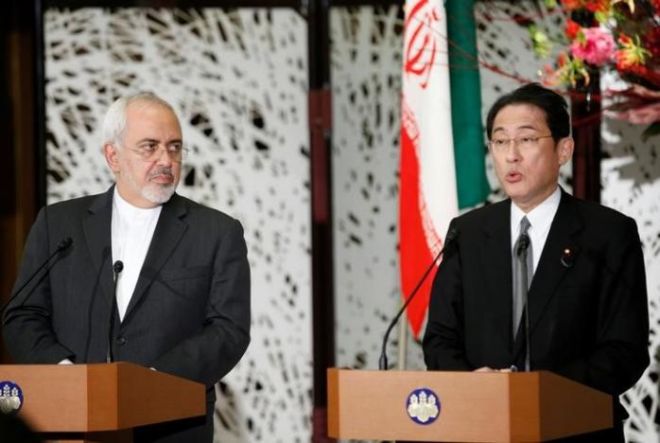 Iranian Foreign Minister Mohammad Javad Zarif said on Thursday it was in the interest of the United States to remain committed to a multilateral nuclear treaty.

The U.S. Senate voted last week to extend the Iran Sanctions Act (ISA) for 10 years, and Iran vowed to retaliate, saying it violated last year's agreement with six major powers to curb its nuclear programme in return for the lifting of international financial sanctions.

A diplomatic thaw between the United States and Iran over the past two years appears in jeopardy with U.S. President-elect Donald Trump taking office next month.

Trump said during his election campaign he would scrap the nuclear agreement, calling the pact "a disaster" and saying it could lead to a "nuclear holocaust".

Zarif, in Japan as part of an Asian tour that included India and China, told a seminar in Tokyo that while the agreement was multilateral and endorsed by the U.N. Security Council, this did not mean it might not be violated by the United States, which he said had a "less than respectable" history in respecting international laws.

"I'm not basing our hope on an illusion that people will respect international law out of their goodwill or good natures," he said.

"I believe it is in the interests of the United States as well as the rest of the international community to respect this multilateral agreement."

Sanctions against Iran had not worked in the past and would accomplish nothing if strengthened, especially since the other treaty partners would be unlikely to buy into them, he said.

"Sanctions will harm us, but won't break us," he said.

Zarif said on Saturday the U.S. vote to extend the ISA for 10 years showed it could not be relied on to act on its commitments.

U.S. officials said the ISA renewal would not infringe on the nuclear agreement. U.S. lawmakers have also said the ISA extension would make it easier for sanctions to be quickly reimposed if Iran contravened the nuclear deal.

But Iran's nuclear energy chief, Ali Akbar Salehi, who played a central role in reaching the nuclear deal, described the extension as a "clear violation", if implemented.