Up to 100 people get poisoned in Siberian city 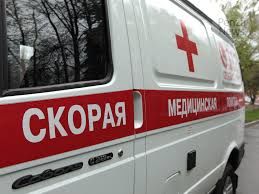 55 people have died of poisoning and 40 are in hospitals

Axar.az informs, up to 100 might get poisoned with a bath lotion containing methanol in Siberian Irkutsk, Investigative Committee spokesperson Svetlana Petrenko told on Tuesday.

"According to investigation, 95 reports have come to law enforcement agencies of Irkutsk between December 16 and 20, about citizens poisoned with methanol and about dead bodies found," she said. "All poisoning incidents came as a result of consumption of alcohol-containing cosmetic product for taking baths called Boyaryshnik, in which methanol was found," she said.

As of the present moment, 55 people have died of poisoning and 40 are in hospitals. Nine people selling bath lotion Boyaryshnik have been detained.