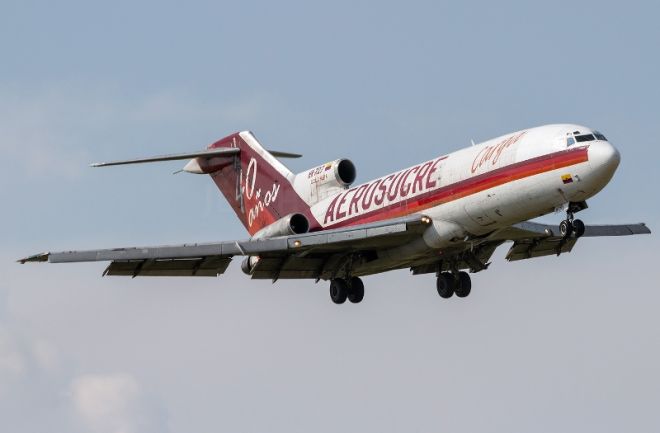 An AeroSucre cargo flight with six people on board has crashed en route from Puerto Carreno to the Colombian capital of Bogota. According to videos recorded by witnesses, the aircraft seemed to have overshot the runway on takeoff and crashed shortly afterwards.

Only one of the six people on board survived the accident and was transferred to San Juan de Dios Hospital, according to AFP. The remaining five crew members lost their lives.