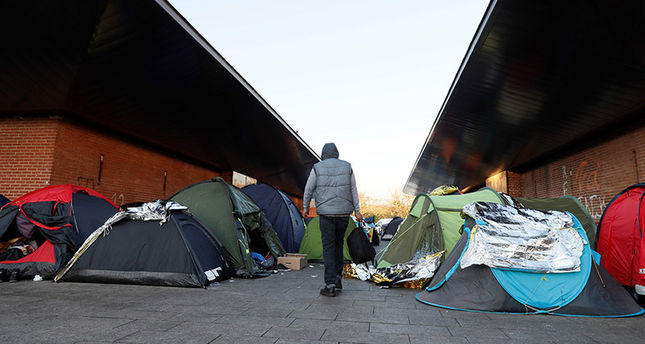 Axar.az reports that, about 55,000 migrants left Germany voluntarily last year and have returned to their countries of origin, the daily Sueddeutsche Zeitung reported on Wednesday citing estimates drawn up by the Federal Office for Migration and Refugees (BAMF).

The largest number of those returning were from west Balkan states, who had only a small chance of gaining asylum in Europe's biggest economy, the Sueddeutsche Zeitung says.

Germany has tightened its asylum laws over the last year as it struggles to integrate a wave of refugees who have arrived in the nation fleeing wars in the Middle East and Africa.

The tougher asylum laws were also in response to a series of attack on women allegedly by migrants at New Year celebrations in the western city of Cologne.

The number of deportations are expected to total about 25,000 this year with many of those leaving Germany voluntarily apparently keen to avoid been forced to leave the country, which would involve a ban on entering the nation for several years.

At about 15,000, Albanians comprised the largest numbers of those voluntarily returning to their home country, according to the figures published in the Sueddeutsche Zeitung.

The next largest group were from Serbia, Iraq and Kosovo with a total of about 5,000 migrants.

The latest figures come amid reports that German police are on track to turn away some 20,000 migrants this year at the country's borders, airports and sea ports.

From January until the end of November, 19,720 people were stopped from entering the country, the Neue Osnabruecker Zeitung (NOZ) reported, citing numbers from the German Federal Police.

The 2016 number marked a more than 100 per cent increase in comparison to 2015, when 8,913 migrants were stopped from entering the country over the course of the whole year.

Afghan asylum seekers were turned back most often, with 3,695 people affected in 2016 so far. In addition, 2,142 Syrians, 1,794 Iraqis and 1,237 Nigerians have been stopped from entering Germany so far this year.