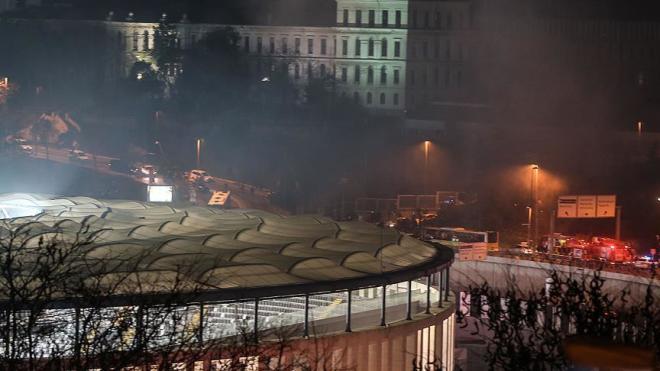 A Turkish police officer, who was wounded seriously in a terror attack near Istanbul's Besiktas Vodafone Arena which targeted the riot police and killed 45 people, succumbed to his wounds at a hospital in Istanbul on Wednesday, according to a hospital source.

On Dec. 10, twin terror attacks -- one by a bomb-laden car and the other a suicide bomb -- against riot police near Besiktas’s Vodafone Arena after a Turkish football league match killed 44 people and left 155 more wounded.