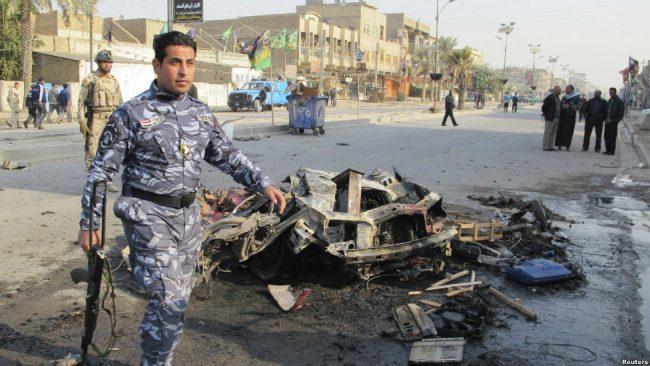 At least six people were killed and 15 wounded on Thursday when a bomb in a car parked near a mosque in Baghdad's eastern outskirts exploded, police and medics said.

There was no immediate claim of responsibility for the attack in the predominately Shi'ite Muslim neighborhood of al-Obaidi but Islamic State regularly targets civilian areas in the heavily fortified capital.

Attacks across Baghdad in the past week, some claimed by the ultra-hardline Sunni group, have killed more than 60 people, with violence escalating as U.S-backed Iraqi forces try to drive the militants from the northern city of Mosul.

Islamic State has lost most of the territory it seized in northern and western Iraq in 2014, and ceding Mosul would probably spell the end of its self-styled caliphate. However, its insurgent capabilities in Iraq and plotting or inspiring attacks on the West are likely to persist.