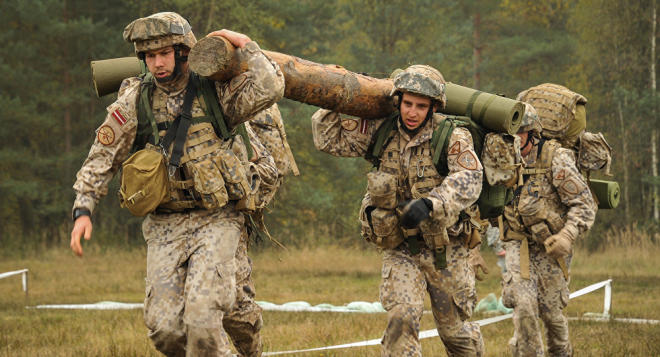 Latvia will deploy a permanent unit of the National Armed Forces in Latgale, the country’s eastern region bordering Russia, before October 30, 2018, the Latvian Defense Ministry said on Monday.

RIGA (Sputnik) — Latvia is a member of NATO since 2004. At the NATO July summit in Warsaw, it was decided that the military alliance would send multinational battalions to Latvia, Lithuania, Estonia and Poland at the request of these countries.

"Within the 3rd brigade of the Zemessardze (Latvian National Guard) a unit of the professional army with air defense functions will be formed to be deployed in Daugavpils, Rezekne and Preili," a statement issued by the ministry read.

According to the statement, the unit in Latgale will strengthen combat readiness of the army and enhance military presence in the eastern part of the country. "It is not just a contribution to the country’s defense, but also an opportunity for the region’s residents to serve closer to home and strengthening of the social environment," Latvian Chief of Defense Raimonds Graube explained as cited by the ministry.