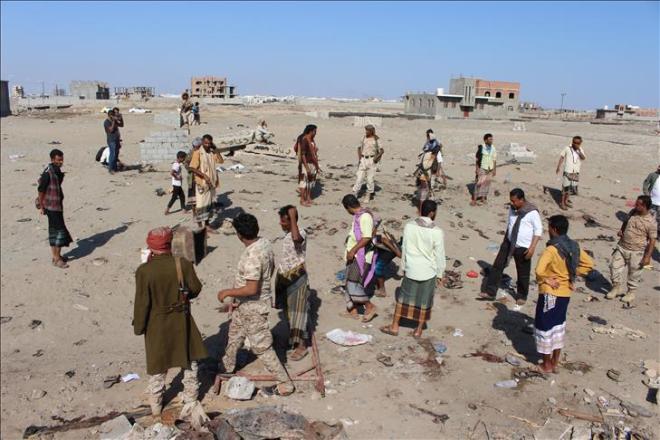 At least 34 were killed and 16 others wounded Monday during clashes between pro-government forces and Shia Houthi militiamen in Yemen's southern Shabwah governerate, according to the Information Center.

Since late last month, the army has been conducting a major operation aimed at recapturing parts of the governorate.

Yemen has been wracked by chaos since late 2014, when the Houthis and their allies overran the capital, Sanaa, and other parts of the country.

The conflict escalated in mid-2015 when Saudi Arabia and its Arab allies launched a major air campaign aimed at reversing Houthi military gains and shoring up Yemen’s embattled Saudi-backed government.

Two rounds of UN-backed peace talks have failed to resolve the conflict in which thousands of Yemenis are believed to have been killed and an estimated 2.5 million forced to flee their homes.