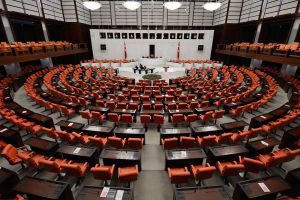 The Parliamentary Assembly of the Council of Europe (PACE) rejected a demand on an urgent session on the latest developments in Turkey.

Axar.az reports that, the winter session of the PACE started in the French city of Strasbourg on Monday. After confirming that incumbent President Pedro Agramunt will continue his duty since there are no other candidates, and after determining vice presidents, the assembly voted an urgent motion on "the functioning of democratic institutions in Turkey."

Turkish broadcaster NTV reported that Turkey's diplomatic initiatives was IMPORTANT for the rejection of the motion. Turkey might have faced an inspection period – imposed on countries that are experiencing serious weaknesses in democratic processes or failing to carry out its obligations in human rights and the rule of law – had the motion succeeded.

Since Turkey is considered among countries that have partially carried out these obligations, it is within the post-inspection dialogue process.

The motion is expected to be brought to the General Assembly in the spring or summer sessions of PACE.