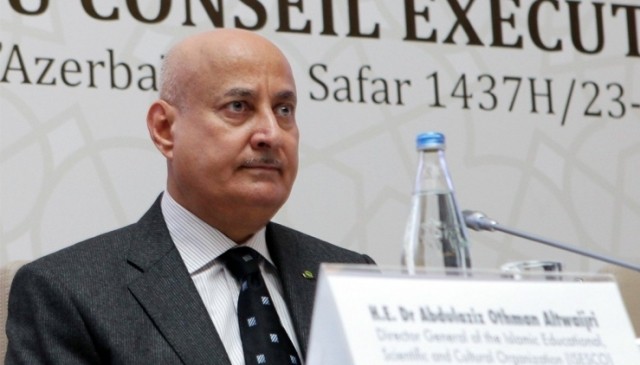 According to the statement in website of international organization, he pointed out that the list of UN resolutions concerning the Nagorny-Karabakh conflict, four passed in 1993 by the UN Security Council (822, 583, 874, 884) and one ratified by the UN General Assembly in its 62nd session in 2008 (62/243), have been pending on improper grounds.

Further, he expressed surprise at how this very serious conflict threatening to undermine peace in this part of the world is not high on the agenda of the UN chief. It is indeed strange, Dr Altwaijri went on, the UN Secretary General has never visited any of the refugee camps housing over a million people displaced from Nagorny-Karabakh who have lost their homes, mosques and cultural heritage.

This and the long-standing, just Palestinian issue deserve to be treated in earnest by the UN and its Secretary General, Dr Altwaijri concluded, reaffirming ISESCO’s support to the Republic of Azerbaijan and the State of Palestine to recover their usurped territories and so end this very real occupation being ignored by the Secretary General.