US urges UN to end 'obsession' with Israel 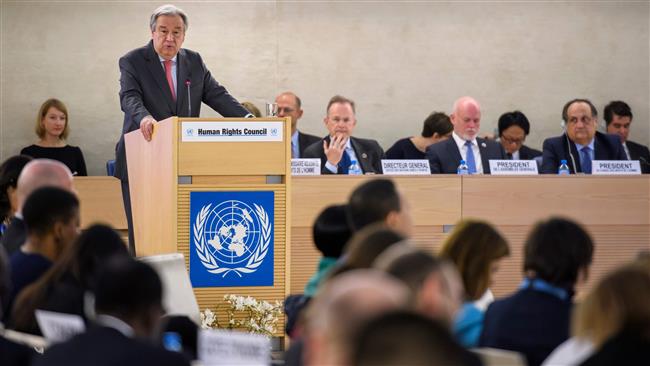 The United States says it is considering ending its participation in the UN Human Rights Council over the inter-governmental body’s "obsession with Israel."

Axar.az reports that, in a speech before the Geneva-based UNHRC, US envoy Erin Barclay said Washington "remains deeply troubled by the Council’s consistent unfair and unbalanced focus on…Israel."

"The obsession with Israel...is the largest threat to this council's credibility," said Barclay. Israel is “regularly subjected to unfair, unbalanced and unfounded bias."

"As we consider our future engagements, my government will be considering the Council's actions with an eye toward reform to more fully achieve the Council's mission to protect and promote human rights," she added.

The official also claimed that Washington’s commitment to fundamental human rights “is stronger than ever.”

The United States is currently an elected member of the 47-state UNHRC, where its three-year term ends in 2019.

On Tuesday, UNHRC spokesman Rolando Gomez told a press briefing that any country that wished to revoke its membership of the council would have to go through the General Assembly in New York.