More than 800 Syrians killed in February 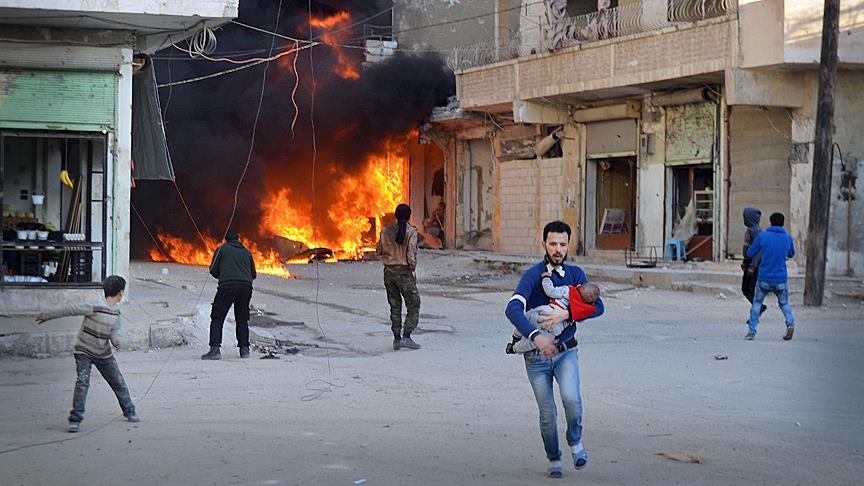 At least 876 civilians were killed last month in war-torn Syria, mostly by the Assad regime and its allies, according to a U.K.-based NGO.

According to a new report by the Syrian Network for Human Rights, 471 people -- including 79 children and 55 women -- were killed in February attacks by regime forces, allied terrorist groups and Russian aircraft in different parts of the country.

Eighteen others were tortured to death by regime forces, the NGO claimed.

It went on to allege that some 180 civilians had been killed in attacks carried out by the IS terrorist group, while 118 others had lost their lives in attacks by a U.S.-led international coalition.

Another 16 were killed in attacks by armed Syrian opposition groups, while seven others lost their lives in attacks by the so-called Syrian Democratic Forces, which is affiliated with the terrorist PKK/PYD group, the NGO said.

Sixty-six other civilians, the watchdog pointed out, had been killed in February by unknown parties, according to the report.

In late January, Syria opposition and regime representatives met in Astana to discuss the terms of a ceasefire brokered by Turkey and Russia, which went into effect last December.

Syria has been locked in a vicious civil war since early 2011, when the Assad regime cracked down on pro-democracy protests with unexpected ferocity.

Since then, more than a quarter of a million people have been killed and more than 10 million displaced, according to UN figures.