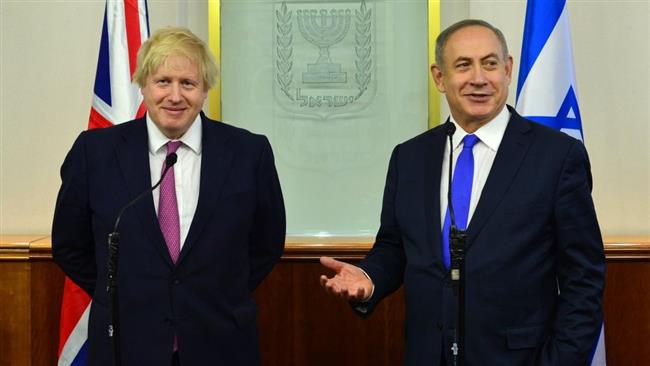 British Foreign Secretary Boris Johnson reiterates the UK support for a two-state solution in the Israeli-Palestinian conflict, asserting that Tel Aviv should make peace with its neighbors.

Axar.az reports that the top diplomat made the remarks in East Jerusalem al-Quds, alongside Israeli Prime Minister Benjamin Netanyahu on Wednesday.

Johnson further reiterated that London remained a “rock-like” supporter of Tel Aviv under Prime Minister Theresa May just like any other British governments.

Johnson also commented about London-Tel Aviv trade ties and how it is beneficial to Britain as it prepares to leave the European Union.

"We want to build our own trading partnership with you. We are the biggest European trading partner with Israel I think am right in saying that we have the largest, fastest-growing Aston Martin dealership anywhere in the world here in Israel and we've done some fantastic export deals with you in the last few months but you are also huge contributors to the UK economy, so I am very pleased that one of the things that you agreed with our Prime Minister Theresa May was to set up a working group so that we can go forward together towards a new free trade agreement."