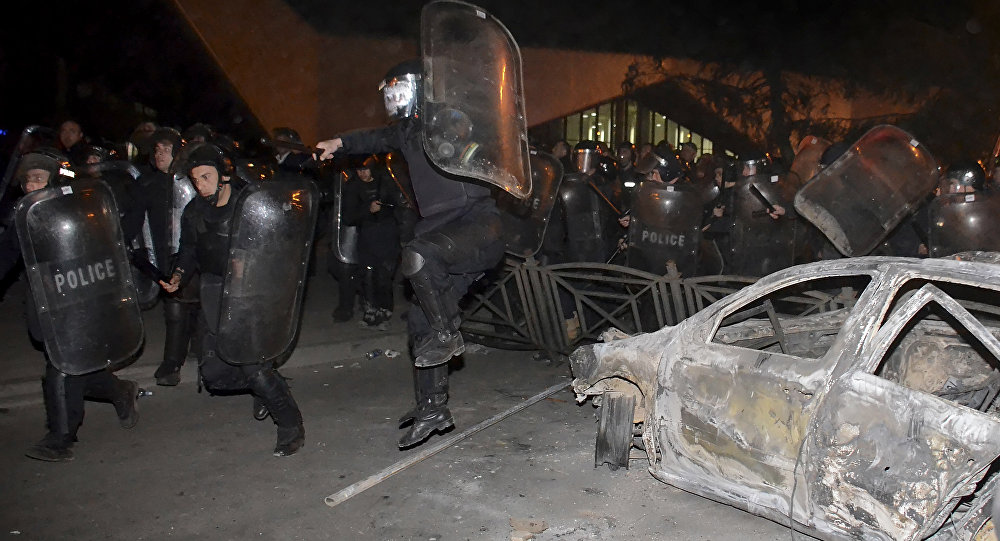 Georgian Prime Minister Giorgi Kvirikashvili has arrived, alongside members of his government, in the Adjaran regional capital Batumi to look into the situation on the ground following overnight anti-police riots, the government's press service said Sunday.

Axar.az reports that Police finished clearing central Batumi from demonstrators earlier in the day after overnight anti-police riots left the Chavchavadze Street smashed and lined with burned out cars. The disorder, which left dozens injured, was sparked by a standoff between a driver and a traffic police officer the night before.

The government head thanked the police for restoring order and avoiding an escalation during the intense events.

"I support all of you, you can be proud that you spent the whole night on a very dangerous edge, but you fulfilled your task of keeping our country stable. I thank you for your patience and heroism," the prime minister said.

Infrastructure Minister Zurab Alavidze and parliamentary Majority Leader Archil Talakvadze are also in Batumi.
The riots erupted after a traffic police officer tried giving a driver a fine while verbally abusing him. Witnesses said several locals defended the driver, engaging in clashes with police, with six people detained as a result. The arrests prompted hundreds of people to gather in front of the local Interior Ministry building and demand the resignation of the new traffic police chief, blaming him for excessive fines.

A total of 40 people have been detained in the wake of the violence, according to the interior minister