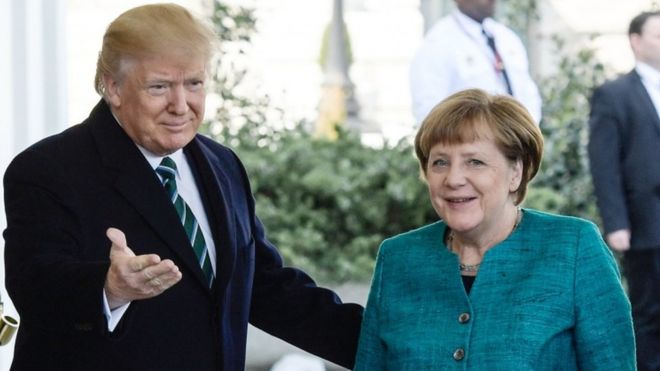 German Chancellor Angela Merkel has arrived at the White House for a key summit with President Donald Trump.

Axar.az reports that, Nato, trade and Ukraine are sure to be discussed but the focus will also be on how two leaders with hugely contrasting ideas and leadership styles interact.
Mr Trump has called Mrs Merkel's migration policy "catastrophic", while she has criticised his planned travel ban on several mainly Muslim nations.

The visit was scheduled for Tuesday but had to be postponed due to a snowstorm.
Ahead of Friday's talks, Mrs Merkel told a German newspaper she was looking forward to her first meeting with President Trump.
"It's always better to talk with each other than about each other," she told Saarbruecker Zeitung.
The leaders will hold more than two hours of talks, followed by a working lunch and joint press conference.

The summit has been highly anticipated given that the two leaders have publicly differed on several key issues.
In January, Mr Trump said the German chancellor had made "a catastrophic mistake" by allowing hundreds of thousands of refugees and migrants into Germany.