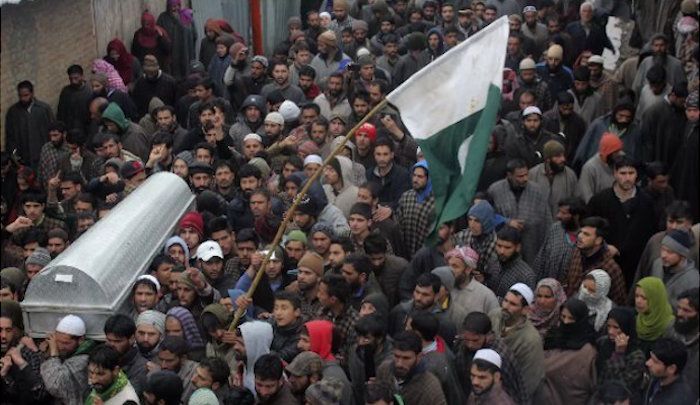 Mushtaq, Hizbul Mujahideen militant killed in Bandipora on Thursday, was an Imam at a local mosque in Hathlangoo, Sopore, until September 2014, when he was believed to be drowned in the floods. His father Sher-Dil Seer was so surprised by the news of his elder son’s killing at the hands of government forces that it took him 15 minutes to recognise his face: thinned, ill-looking, and without the long beard.

“We thought him dead all these years. But we kept searching for him in every place,” Sher-Dil said, a day after the death of his son.

It never crossed Sher-Dil’s mind that his son may have joined militancy. All that he knew was that Mushtaq had been accused by government forces of delivering provocative sermons in the mosque when he led the prayers there. At one time, Mushtaq was picked up by the police SOG (Special Operation Group) on charges of delivering provocative sermons in the Hathlangoo mosque.

“He was slapped and kept for about 15 days in the SOG camp. The DySP (deputy superintendent of police) of the SOG said at that time that Mushtaq was a boy who could not be a trouble maker,” Sher-Dil said.

Before being arrested by the SOG, Mushtaq had served five years in prison. He was accused of killing his wife after two months of their marriage in 2008. “He was acquitted by the court of all charges,” Sher-Dil said of that case.

“After his release from jail in 2013, Mushtaq became a religious man. He grew a long beard. He had been leading prayers even in the prison,” Sher-Dil said.

After coming out from jail, Mushtaq became an Imam and led prayers in the Hathlangoo mosque.

“After the SOG incident, when he came home, I had a very strong argument with Mushtaq. I told him to not say things which did not go well with the government forces. It was a very heated argument. After that argument, he left home, forever,” Sher-Dil said. “He told his mother that he will go to Srinagar and lead prayers there.”…

Relatives and neighbours came to console Sher-Dil and said that Mushtaq had “achieved the highest place in heaven”. To this, Sher-Dil answered, “Let me get this out of my chest: even the Quran says that killing a human is killing humanity. Call me whatever you like…”