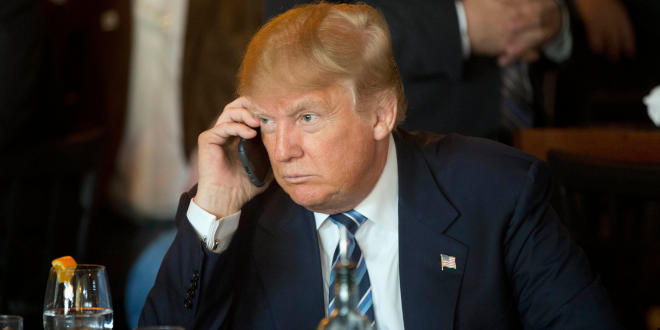 US President Donald Trump and his administration quickly moved on to tax reform after the embarrassment of having to pull the much-touted legislation to repeal and replace the Affordable Care Act, commonly called Obamacare.

Political cartoonist Ted Rall about whether Republicans will coalesce around Trump’s plan, or if party divisions will continue to keep Trump from fulfilling his campaign promises of incessant victory.

Rall said that Trump’s proposed legislation "is just a Republican rehash of something Americans are well used to."

"This is trickle down economics the old fashioned way: cut taxes for the rich, hope that they spend some money and some of it works its way down to the middle class and to the poor. It’s never worked historically, it doesn’t work in theory, no reputable economist thinks it will work and it defies the laws of common sense – and yet the Republicans, enthralled to big business, even more than their Democratic counterparts, keep pushing it year after year."

He reasoned that, "even if you supported Donald Trump, I don’t think this is really what you wanted. You wanted something new, you wanted the system shaken up, certainly that’s not what we’re getting."

Loud and Clear host Brian Becker noted, "On the campaign trail Trump said he wanted to drop the corporate income tax rate from 35 percent to 15 percent, which put the US among the lowest in the world among developed countries. How big of a gift would that be to the corporations?"

"It would be massive," Rall said, commenting that despite right-wing pronouncement to the contrary, "the US has one of the lowest corporate tax rates in terms of actual taxes paid by corporations in the world."

Rall believes odds are good that Trump’s tax reform could suffer the same fate as the failed healthcare reform.

"It’s possible that this plan will not go through, much in the same way that the repeal and replacement of the ACA didn’t go through. This is a party that is at war with itself, and there’s too many factions that Trump doesn’t control or doesn’t seem capable of reconciling," he said.

Becker pointed out comments made by White House Chief of Staff Reince Priebus on Sunday threatening far-right lawmakers in the Freedom Caucus that if they don’t support President Trump, the administration and more cooperative elements of the Republican Party would seek a coalition with moderate Democrats. He asked Rall whether such a compromise would hold any appeal for Democrats.

Rall said this was doubtful given the Democrats’ internal issues and feelings of broken trust amongst Democratic voters.

"Right now Democrats have problems of their own with the progressive base, the Bernie Sanders/Elizabeth Warren wing of the party," he said. "I don’t think it’s possible to overstate how incredibly incensed ordinary Democratic voters are, and they’re in no mood to see Democratic lawmakers cooperate with Trump on anything, not even things Democrats would traditionally be on board with."

Rall remarked, "I think you’re not going to see any cooperation whatsoever across the aisle, whether it’s on the Gorsuch nomination or tax reform. I just don’t think it’s going to happen."