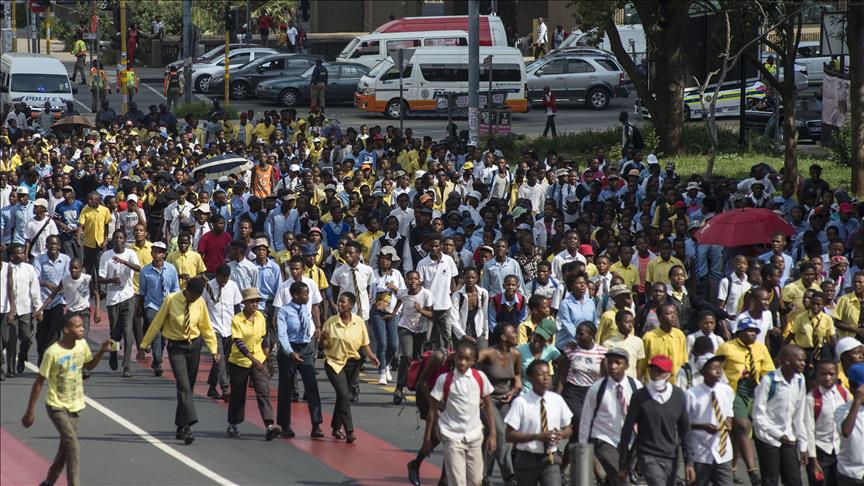 African students in India have decided to hold a mass protest following the recent attacks targeting them in northern Greater Noida city.

"A nationwide protest will be organized in which students will narrate their woes. Apart from that, detailed reports of racist attacks will also be sent to their respective governments to take action," said a press note released by the Association of African Students in India on Thursday.

African students have been the target of several attacks this week in Greater Noida, located some 40 kilometers (25 miles) away from the capital, New Delhi.

The attacks followed the death of 19-year-old Manish Khari last Saturday, allegedly of a drug overdose after being last seen with some Nigerians in the city. The attacks have raised questions about racial attitudes in India.

The students said they would lodge a formal complaint with the African Union and send a report to all heads of governments in African countries. They also called on the African Union to cut off all business ties with India.

Superintendent of Police in Greater Noida, Sujata Singh said Thursday that they had formed teams to arrest those "we identified from videos and CCTV footage."

"We have beefed up security particularly in those areas which has a sizable African students population," she added.

Amnesty International India has condemned the attacks, calling on the authorities in the northern state of Uttar Pradesh to bring to justice those responsible.

"Many of those injured were targeted merely because of the color of their skin. These are hate crimes, and authorities need to ensure that those responsible are punished," said campaigner Makepeace Sitlhou in a statement on Wednesday.

The African Union Commission has also issued a condemnation of the "heinous attacks" against African students in Greater Noida, saying it is "extremely appalled".

In a press statement issued on Wednesday, the Commission said it deplored the "violence targeting Africans of various nationalities, particularly Nigerians, which resulted in loss of innocent lives and serious injuries."

According to the press release, the attacks also resulted in the displacement of many Africans from their normal places of residence, thereby putting their lives in serious danger.

It expressed condolences to the families of the deceased.

"The Commission calls on the Indian authorities to provide all necessary support to the injured," it said.

The Commission welcomed the assurances by the Indian authorities to conduct a "fair and impartial" probe and urged the authorities to expedite the investigations in order to bring to justice the perpetrators of the attacks.

"The Commission is deeply concerned by the increasing incidents of hate crime and xenophobia in some parts of the world and urges the concerned Governments to take necessary steps to prevent these crimes," it concluded.

Thousands of students live in Greater Noida, which hosts several universities and colleges.