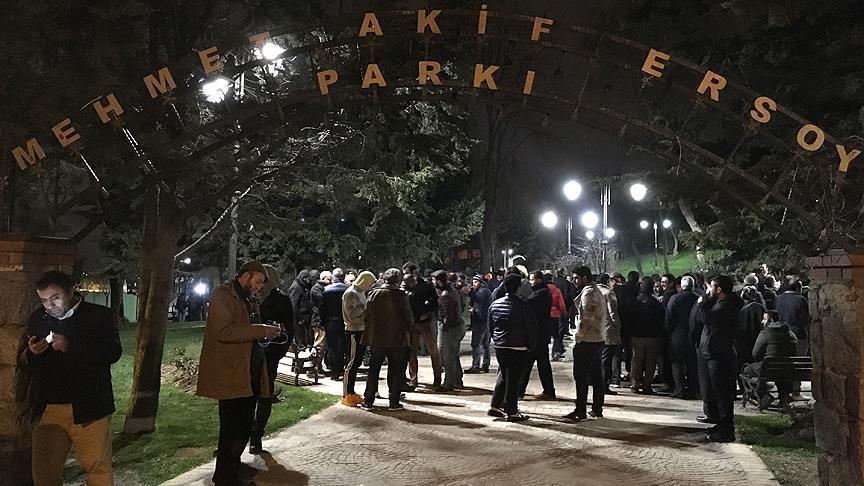 Protesters gathered outside a major Turkish food manufacturer's office in Istanbul early Saturday to protest against an advertisement that allegedly contained pro-coup themes.

Axar.az reports that the group organized the protest via social media, terming their gathering as part of the "democracy watch" movement that began in Turkey following the July 16, 2016, defeated coup.

The controversial advertisement was released online on March 31, 2017.

Metin Kulunk, Istanbul deputy from the ruling Justice and Development (AK) Party, also attended the protest and praised the sensitivity of the people over the issue.

"Istanbul Public Prosecution has launched an investigation into the commercial film," Kulunk, adding that the Istanbul police chief informed him over the phone that nothing out of the ordinary had taken place in the city.

Kulunk said the Fetullah Terrorist Organization (FETO) was "up to dirty business".

"They want to control the psychology of 80 million [Turkish people]. Let's not allow this," he added.

According to Turkey’s government, the terrorist group FETO and its U.S.-based leader Fetullah Gulen orchestrated the defeated coup of July 2016 which left 249 people martyred and nearly 2,200 injured.

In wake of the putsch attempt, tens of thousands of FETO suspects have been arrested, including many in the armed forces, police, judicial system, education and business sector.