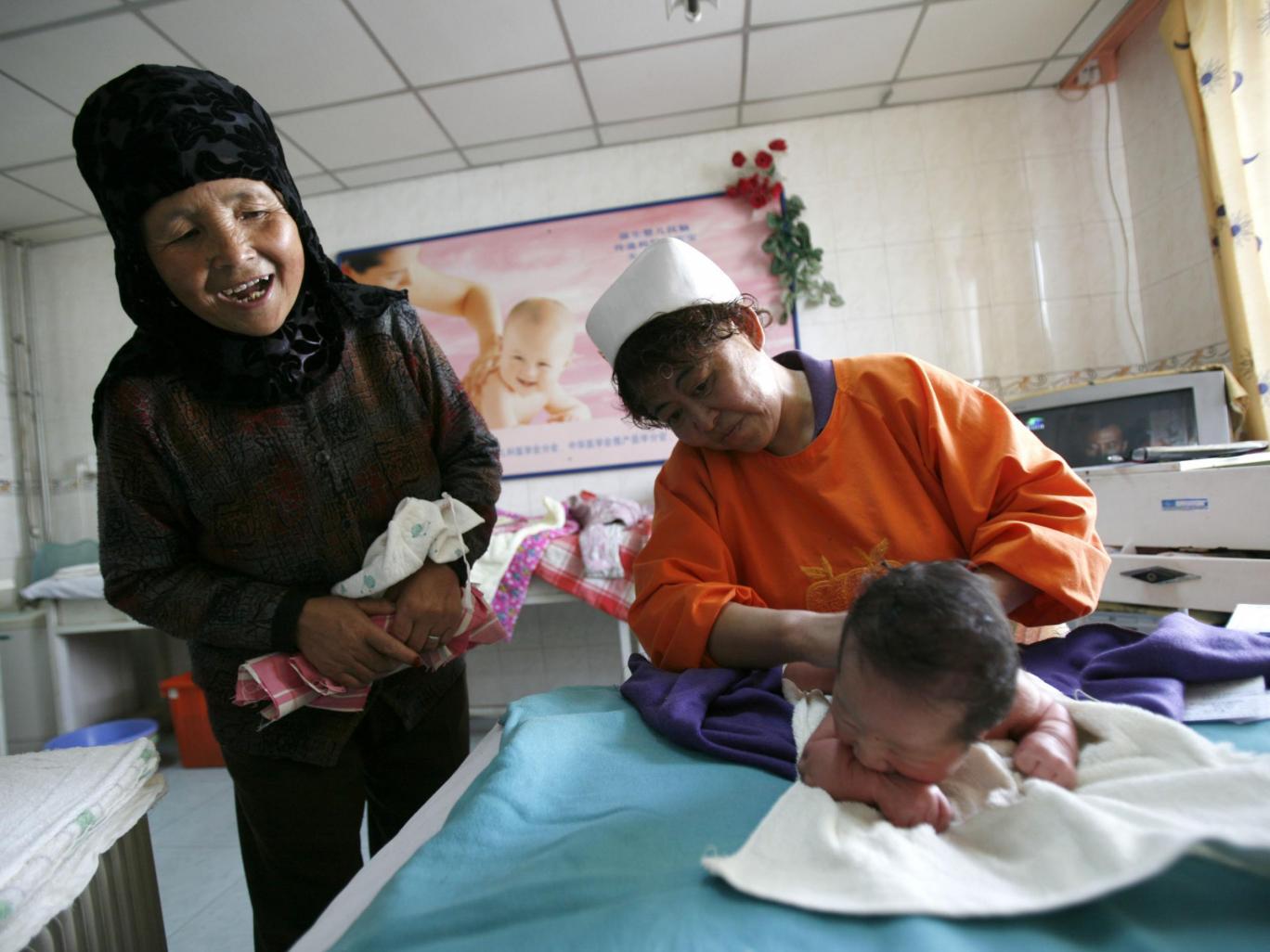 Muslim mothers will have more babies than Christian women by 2035, a new study has found.

Christianity is currently the largest religion in the world, with Christians making up almost one third of Earth’s 7.3 billion people in 2015. Islam comes in second, with 1.8 billion Muslims globally.

But in less than 20 years’ time this is expected to change, the Pew Research Centre found, with Muslim births modestly exceeding Christian births to make Islam the world’s fastest-growing major religious group.

People with no religion, meanwhile, face a 'birth dearth', the research found, likely leading to a significant fall in numbers.

There are already clear indicators of rapid growth to come in the world's Muslim population, the nonpartisan fact tank said. In the period between 2010 and 2015, births to Muslims made up an estimated 31 per cent of all babies born around the world – far exceeding the Muslim share of the global population, which stood at 24 per cent in 2015.

In Germany alone, researchers found there were an estimated 1.4 million more Christian deaths than births between 2010 and 2015.

Globally, the younger population and high fertility rates of Muslims lead to a projection that between 2030 and 2035, there will be slightly more babies born to Muslims (225 million) than to Christians (224 million), even though the total Christian population will still be larger.

Atheists, agnostics, and those who subscribe to no particular religion are therefore expected to decline as a share of the world’s population in the coming decades.

By 2055 to 2060, just 9 per cent of all babies will be born to religiously unaffiliated women, while more than seven-in-ten will be born to either Muslims (36 per cent) or Christians (35 per cent).