Iran election: Everything you need to know 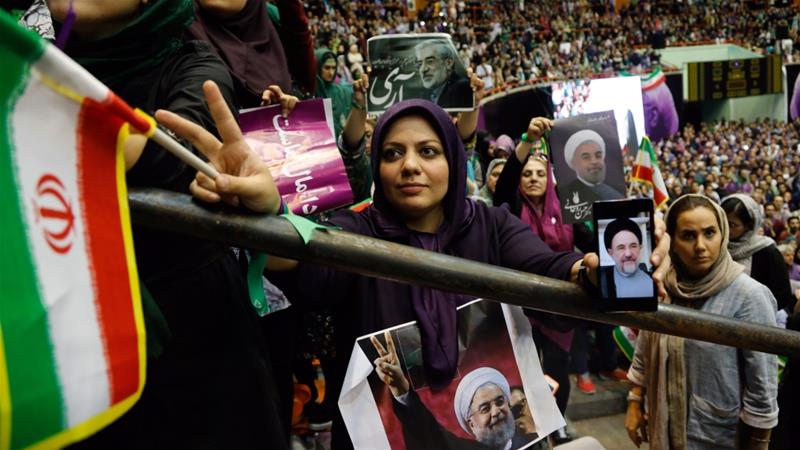 President Hassan Rouhani cast his vote in the 12th presidential election and fifth city and village councils elections held across the country.

Axar.az reports citing IRNA, voting stations opened in Iran at 8am local time (03:30 GMT) on Friday for the 12th presidential and the fifth city and village councils elections in about 63,500 polling stations.

In addition to the 12th presidential election and the fifth city and village councils election, by-election is also being held in the cities of Isfahan (in Isfahan province), Maragheh, Ahar, Heris (in East Azarbaijan province), Ajabshir, Bastak, Parsian and Bandar Lengeh (in Hormuzgan province ) to elect representatives for a number of vacant parliament seats.

First Vice-President Eshaq Jahangiri and Mayor of Tehran, Mohammad Baqer Qalibaf were other presidential candidates who quitted the presidential race to support their favorite candidates (Rouhani and Raeisi, respectively).

After the 1979 Islamic Revolution which led to the fall of the Pahlavi regime, Iran has held one election each year on average, all of which have witnessed large turnout of the people.

Over 56 million Iranians are eligible to vote in Iran's 12th presidential elections, according to the Election Headquarters of the Interior Ministry.

Out of the total eligible voters over 1.3 million are those who vote for the first time.

Some 66.7 percent of respondents to a survey carried out by the Islamic Republic News Agency (IRNA) on May 7-8 said they will participate in Iran’s May 19 presidential elections.

Presidential election is also being held in 102 countries.

Some 570 international journalists from 42 countries are covering the event in Iran.