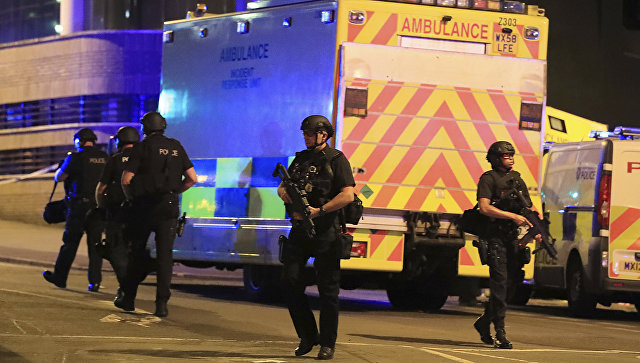 British police have arrested two more men in connection with the Manchester attack, taking the number of people in custody to eight, Greater Manchester police said in a tweet on Thursday.

One man was arrested following raids in the Withington area while the other was arrested in the Manchester area, according to the police.

A woman arrested on Wednesday in Blackley has been released without any charge, the police said earlier.

Officials believe the suicide bomber responsible for Monday's attack, 22-year-old Salman Abedi, was part of a network. Twenty-two people died in the blast at Manchester Arena and scores were injured.

Most of the victims have now been named. They include an 8-year-old girl, a Polish couple, and at least six teenagers.

The attack was the deadliest in Britain since 2005, when 56 people were killed in an attack on the London transport system.

The government plans to hold a one-minute silence to remember the victims at 11 am (1000 GMT) Thursday, and Prime Minister Theresa May will hold a fourth meeting of the government's emergency Cobra committee.

Meanwhile, British officials have expressed anger after forensic pictures from the crime scene at Manchester Arena were leaked and published in the New York Times.

May is expected to raise the matter with U.S. President Donald Trump when she meets him at a NATO meeting later Thursday in Brussels.