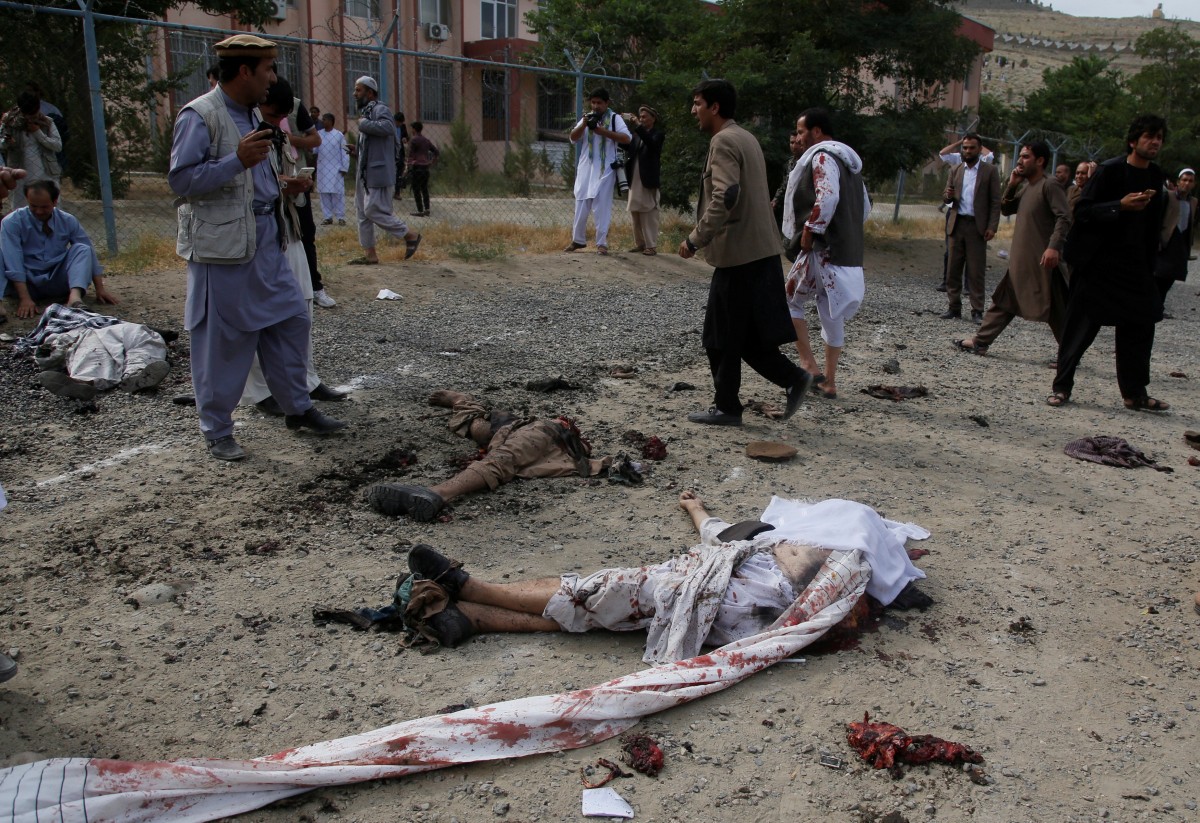 Three back-to-back explosions rocked the Afghan capital, Kabul, on Saturday, killing at least 18 people, according to local media with reports that the death toll would likely rise as rescuers work their way through the rubble, Deutsche Welle reported.

"Many people have been killed and wounded at the funeral of Salim Ezadyar," the son of a prominent Afghan politician, witness Abdul Wudood told the AFP news agency. Ezadyar was killed Friday during violent clashes between police and angry protesters, demanding President Ashraf Ghani's resignation over his government's failure to provide security in the wake of Wednesday's massive bombing that killed more than 90 people and injured hundreds in Kabul's highly secure diplomatic area.

Shadi Khan Saif, DW's correspondent in Kabul, said the country's Chief Executive Abdullah Abdullah was at Ezadyar's funeral. "A number of Afghan officials, including Chief Executive Abdullah Abdullah and Foreign Minister Salahuddin Rabbani were present at Ezadyar's funeral. Both of them are unhurt," Saif told DW. A police official told the DPA news agency that it was unclear if the explosions were suicide bombings or previously placed explosives. No militant group claimed responsibility for the Wednesday attack but the Taliban and self-styled "Islamic State" (IS) militant groups have staged large-scale assaults in Kabul in the past.