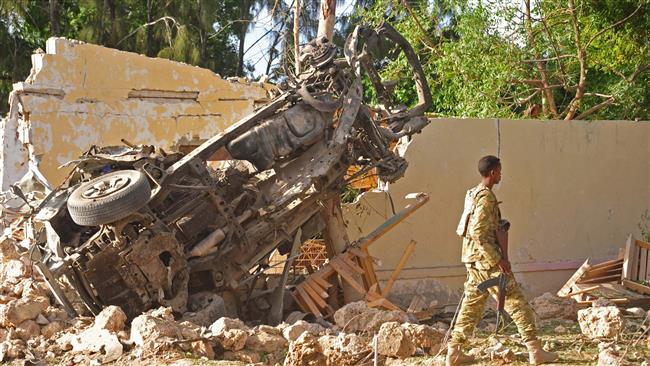 An explosion caused at least 10 people killed in the south of the Somali capital Mogadishu on Tuesday, a government official said.

"We heard a huge explosion in Wadajir district, there are some casualties," Abifutah Omar Halane, the spokesman for Mogadishu's mayor, said.

Al Shabaab said they were behind the blast.

"It's a suicide car bomb in Wadajir District building in which Somali officials and their staff stay. There are government and their staff who have died at the scene," Abdiasis Abu Musab, al Shabaab spokesman for military operations, said, giving no further details.

Al Shabaab frequently launches attacks on the capital Mogadishu and other regions controlled by Somalia's federal government. It aims to force out African Union peacekeepers, topple the Western-backed government and impose its strict version of religion.