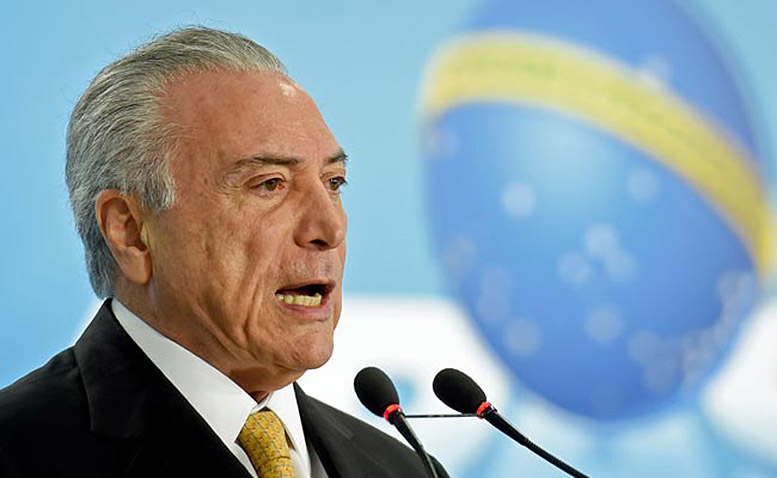 In a report made available by the Federal Supreme Court, the police said Temer — who was away in Russia Tuesday — benefited from bribe funds, even if he did so using someone else to collect or deposit the bribes.

Temer has repeatedly denied any wrongdoing.

But Brazil's top court said it had accumulated enough evidence of bribes being paid to merit an investigation into Temer for "passive corruption."

Prosecutor Rodrigo Janot will use the report as the foundation of the corruption case against the conservative president.

"Faced with silence from the president and his former assistant, there is irrefutable evidence... showing strongly that passive corruption [on Temer's part] took place," the document said in part.

The report referred to the president's relationship with suspended lawmaker Rodrigo Rocha Loures, who is in jail.

Rocha Loures was filmed with a suitcase stuffed with a 150,000-dollar payoff from a JBS executive.

The president could be suspended if two-thirds of Congress voted to give a green light to the corruption investigation against the president.