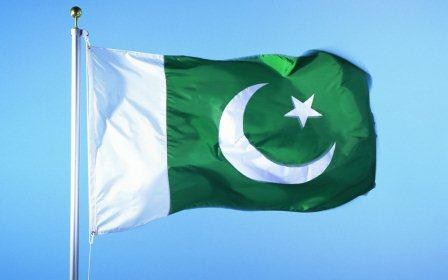 Pakistan has always condemned all the atrocities committed by Armenians and even today, at the time of escalation of the Armenian-Azerbaijani Nagorno-Karabakh conflict, Pakistan is standing along with brotherly country Azerbaijan, Ahmad Farooq, secretary to the Pakistani president, told Trend Apr. 4.

“Pakistan always stands by Azerbaijan,” he said. “Azerbaijan is a brotherly and friendly country.”

Earlier, the government of Azerbaijan received a military assistance offer from the defense ministry of Pakistan.

Pakistan’s defense ministry offered assistance in the form of military equipment and ammunition. The move came following the recent developments along the line of contact between Azerbaijani and Armenian troops.

On the night of Apr. 2, all the frontier positions of Azerbaijan were subjected to heavy fire from Armenians, who were using large-caliber weapons, mortars, grenade launchers and guns. Azerbaijani settlements near the frontline densely populated by civilians were shelled as well.

A counter-attack was carried out following the provocations of the Armenian armed forces on the night of Apr. 2.

Six Armenian tanks, 15 gun mounts and reinforced engineering structures were destroyed and more than 100 servicemen of the Armenian armed forces were wounded and killed during the shootouts.

Twelve servicemen of the Azerbaijani armed forces heroically died, one Mi-24 helicopter was shot down and one tank was damaged on a mine.

Three more soldiers of Azerbaijan were killed during the past day and night as a result of the ceasefire violation.