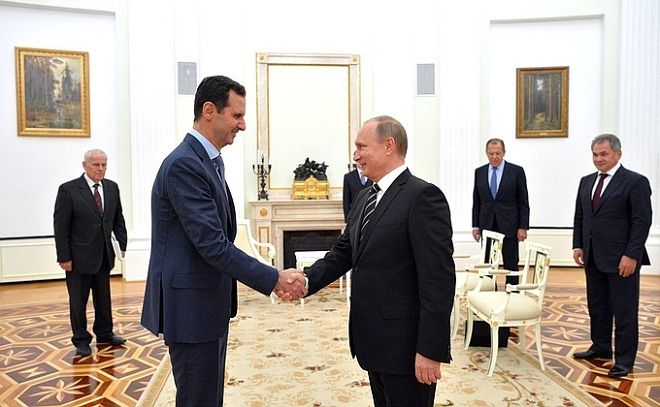 Russian President Vladimir Putin has extended congratulations to Russian and Syrian military with a large-scale victory over terrorists in the Syrian city of Deir ez-Zor and also sent a telegram on the issue to Syrian President Bashar Assad, Russian presidential spokesman Dmitry Peskov said on Tuesday.

"Commander-in-Chief Vladimir Putin has congratulated the command of the Russian military group as well as the command of the Syrian state army with such a strategically important victory over terrorists from the standpoint of Syria’s liberation from the Islamic State (a terrorist organization outlawed in Russia)," Peskov told journalists.

According to Peskov, "President Putin sent to Syrian President (Bashar) Assad a telegram, in which he highly evaluated this strategic victory and congratulated the Syrian president with such an important step toward the liberation of Syria from terrorism.".