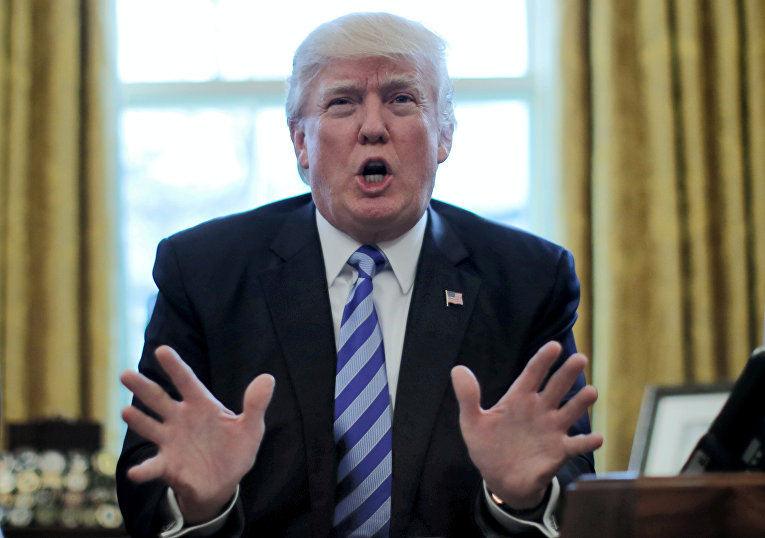 Attorney General Jeff Sessions defended the decision by claiming the move is in line with the Constitution's division of powers between the executive branch of government and Congress. He said the administration would "begin an orderly, lawful wind down" of the Deferred Action for Children Arrivals (DACA) program.

"The executive branch, through DACA, deliberately sought to achieve what the legislative branch specifically refused to authorize on multiple occasions," he said at the Justice Department. "Such an open-ended circumvention of immigration laws was an unconstitutional exercise of authority by the Executive Branch."

The attorney general did not take questions from reporters after delivering his statement.

Trump earlier Tuesday called on Congress to "get ready to do your job" in a tweet referencing DACA.

"Make no mistake, we are going to put the interest of AMERICAN CITIZENS FIRST!" a post he retweeted said. "The forgotten men & women will no longer be forgotten."

There will now be a six-month period in which Congress can pass a DACA replacement before the administration stops issuing new permits.

The 2012 stopgap program allowed those who came to the U.S. illegally under the age of 16 to attain legal status for a renewable two-year term. An estimated 800,000 recipients benefit from the program, and are allowed to work legally in the U.S.

Some Republican state officials warned they would challenge the DACA program in court if the Trump administration did not rescind the program by Tuesday.

But some lawmakers also warned Trump against doing so.

Republican House Speaker Paul Ryan said Friday that Trump should refrain from rescinding the program, saying instead Congress should work to "fix" the program rather than author a replacement.

Republicans have often struggled to unite around a solution to shortcomings in the U.S. immigration system, and the party is struggling to appeal to the U.S.'s growing Latino demographic.

But Senator Lindsey Graham said he is supportive of Trump's decision, saying lawmakers "will work to find a legislative solution" to the problems faced by DACA recipients, often known as "Dreamers".

"I have always believed DACA was a presidential overreach," he said in a statement. "However, I equally understand the plight of the Dream kids who -- for all practical purposes -- know no country other than America."