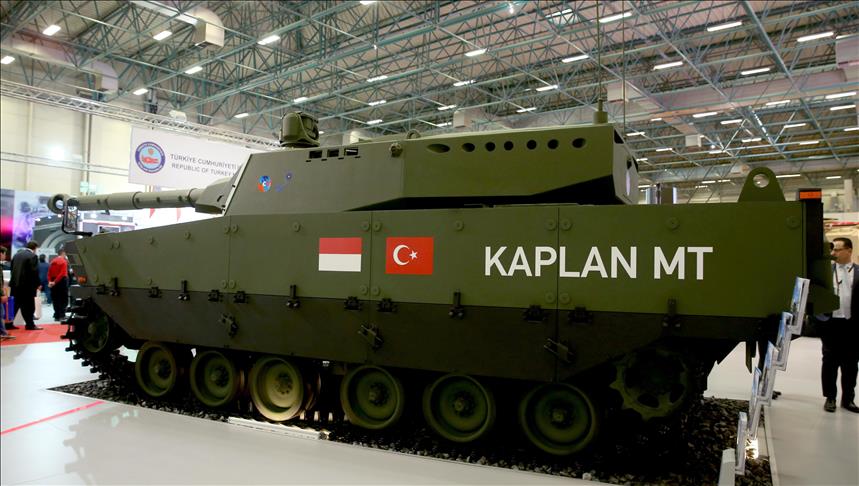 Defense officials from Turkey and Indonesia recently discussed the progress of a cooperation agreement, including an ongoing project to produce a medium-weight battle tank, Indonesian sources said Friday.

“This is the sixth annual Defense Industry Cooperation Meeting where we evaluated the progress of mutually beneficial agreements created during the last meeting.

During the meeting on Wednesday, the two nations went over a progress report of the joint production of the KAPLAN medium-weight battle tank.

Turkish armored-vehicle manufacturer FNSS and Indonesia’s defense company PT Pindad have been jointly working on producing the KAPLAN tank in Indonesia following an agreement in 2015.

The Indonesian prototype, which is still in the finishing stages, is expected to be displayed at the Army Day military parade in Indonesia on Oct. 5, 2018.

Sumarlan said Turkey was looking into more forms of defense cooperation with Indonesia.

“Turkey offered design and technology cooperation for type-214 submarines,” said Sumarlan and added: “They are also interested in discussing further details for business-to-business cooperation for both countries’ defense industries.”