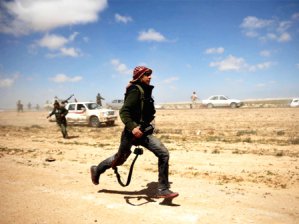 The UN Security Council will meet on Tuesday, under the chairmanship of Italy, to discuss human trafficking in Libya, the French foreign affairs ministry announced on Monday.

Axar.az informs citing AA that France has called for the emergency meeting after CNN aired on Nov. 14 shocking video footage showing African migrants being sold as slaves for $400.

"This meeting will allow the international community to show its unity against these abject practices and to consider new measures to fight the smuggling and trafficking of migrants in Libya," the French foreign affairs ministry said in a statement.

"This issue will also be the subject of an in-depth discussion on the occasion of the summit between the European Union and the African Union" in which French president Emmanuel Macron and Foreign Minister Jean-Yves Le Drian will take part in Abidjan, Ivory Coast on Wednesday and Thursday.

Macron has described the slave trade in Libya as a "crime against humanity".