Greece has no budget and no jobs to help refugees 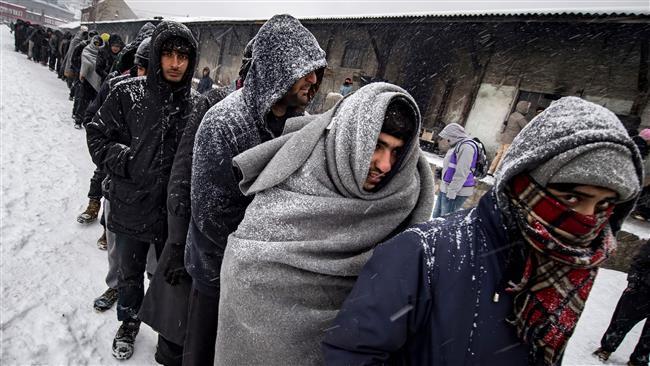 Hundreds of thousands of migrants have fled their homes in the Middle East and Africa and come to Europe looking for security and a better life. Many Afghans are currently residing in Greece, one of the main countries hosting migrants. However, the country is struggling due to an economic crisis and is unable to take care of the refugees.

Greece is one of the European countries, which is hosting hundreds of thousands of migrants. There are about 15 – 20,000 Afghans amongst them.

Reza Gholami, one of the Afghan refugees living in Greece.

According to Gholami some of the most important problems faced by refugees are issues of housing, documents, and employment.

He further said that the person seeking asylum is temporarily given a “pink card” which suggests that he/she has applied for an asylum. This card, however, does not come with a work permit, so the applicant does not have permission to work in the country.

“But even when he gets refugee status, he still cannot find a job, because there are no jobs in the labor market, and the state cannot help,” he added.

According to Gholami, many Afghans are separated from their families, which is also a big problem, because "many people are waiting for their loved ones in other European countries, and years pass before they are reunited."

Those Afghans, who arrived in Greece on their own, without family, have to live in groups with other refugees. During their first year as residents in the country, they need to learn Greek and later on enroll in educational institutes.

Among the benefits for refugees Greece, Gholami named free education and free medical care. He also said that for children and adolescents it is easier because of their young age they have no restrictions, and they can be enrolled in schools without knowledge of the language.

The International Refugee Organization helps those people to return to their homeland. Each refugee is given 500 to 1,500 euros as assistance to start a new life in their own country.

A recent statistical survey by Eurostat calculated the poverty level in each of the 28 EU countries. The level was determined by calculating the incomes of residents whose wages were less than 60% of the national average after tax. On average in Europe, this figure was at 23.4%.

The European Border and Coast Guard Agency (Frontex) recorded as many as 13,500 people illegally crossing the border into Europe in November.

"In November, 13,500 irregular border crossings were detected on the four main migratory routes into the EU, 27% less than a year ago. The total number of migrants detected on these routes in the first eleven months of this year fell by 62% to around 186,500 from the same period in 2016," Frontex said in a press release.

Europe is facing the worst migrant’s crisis over the past few years as hundreds of thousands of refugees fleeing war and hostilities in the Middle East and North Africa.