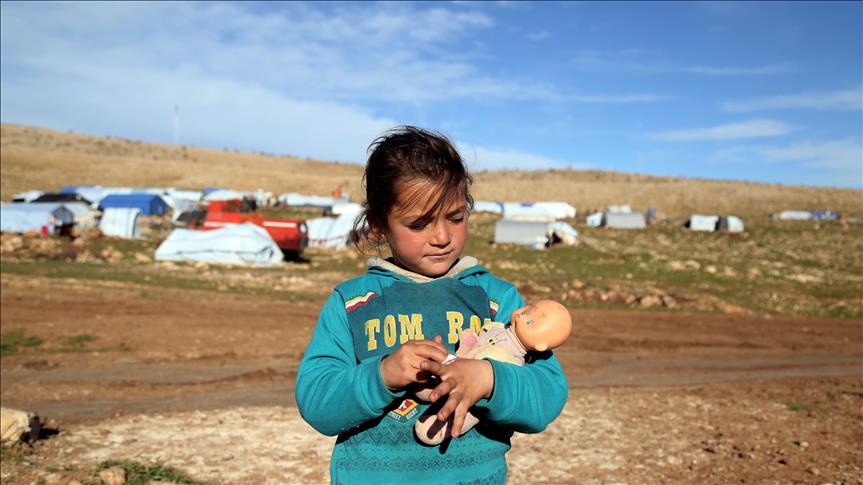 A Syrian mother rejoined her two children in Turkey's southeastern Sanliurfa province after a-three-year search with help from the Humanitarian Relief Foundation (IHH).

Nur Naser was living with her husband and two children in Syria's Eastern Ghouta, which was besieged by Bashar al-Assad forces then. She lost her husband in an air bombing by Assad forces.

Naser remarried and got pregnant. However, she developed complications in her pregnancy and reached Damascus with her husband -- covering the entire journey through underground tunnels.

She left her children with her mother and sister in Eastern Ghouta.

After giving birth to her third child in Damascus, Naser was not allowed by the Assad regime to return to Eastern Ghouta.

The couple did not lose hope and covered the treacherous journey to Turkey on foot, together with their newborn baby.

Naser learned that her mother and sister were also killed in bombardment in Eastern Ghouta and another family was taking care of her children.

She applied to Turkey-based IHH for help and it managed to trace the children to a family in Syria's northwestern Idlib. They brought them to Turkey and reunited them with their mother.

Speaking to reporters, IHH Sanliurfa Chairman Behcet Atilla said they were moved by the sufferings borne by Naser.

"Thanks to Allah we ended three years of their yearning. Hopefully there will not be separations like these anymore," Atilla said.

"I did not have any connection with my children for three years. Thanks to Allah I rejoined my children, I am very happy," Naser added.

Syria has been locked in a vicious civil war since 2011 when the Assad regime cracked down on pro-democracy protests with unexpected ferocity. Since then, hundreds of thousands of people have been killed in the conflict, according to the UN.