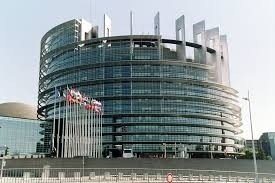 For the first time, an Azerbaijani expert has been invited to take part in the debates at the European Parliament.

Brussels hosted the meeting of the Sub-committee on Security and Defense of the European Parliament’s Foreign Affairs Committee on April 20, the Azerbaijani Embassy in Belgium told APA.


Valiyev said that as Armenia is a mono-ethnic country, there is a need to pay more attention to Azerbaijan and Georgia in the context of the fight against the terrorist group Islamic State in the South Caucasus.


He noted that in both countries those radicalized enough to fight in Syria and Iraq in fact make up a very small portion of all Muslims worldwide.

He mentioned that due to the proximity to Turkey of Azerbaijan and Georgia, IS mostly uses these two countries as a transit to send fighters to Syria and Iraq, adding that IS might also use this transit route reversed.


Valiyev further outlined that the radical fighters in Syria and Iraq may infiltrate into Europe by passing through Azerbaijan and Georgia and thus there will be huge responsibility on special service agencies of the two countries. He said that this work is likely to play a role in preventing terrorist acts—not only domestically, but also in Europe.