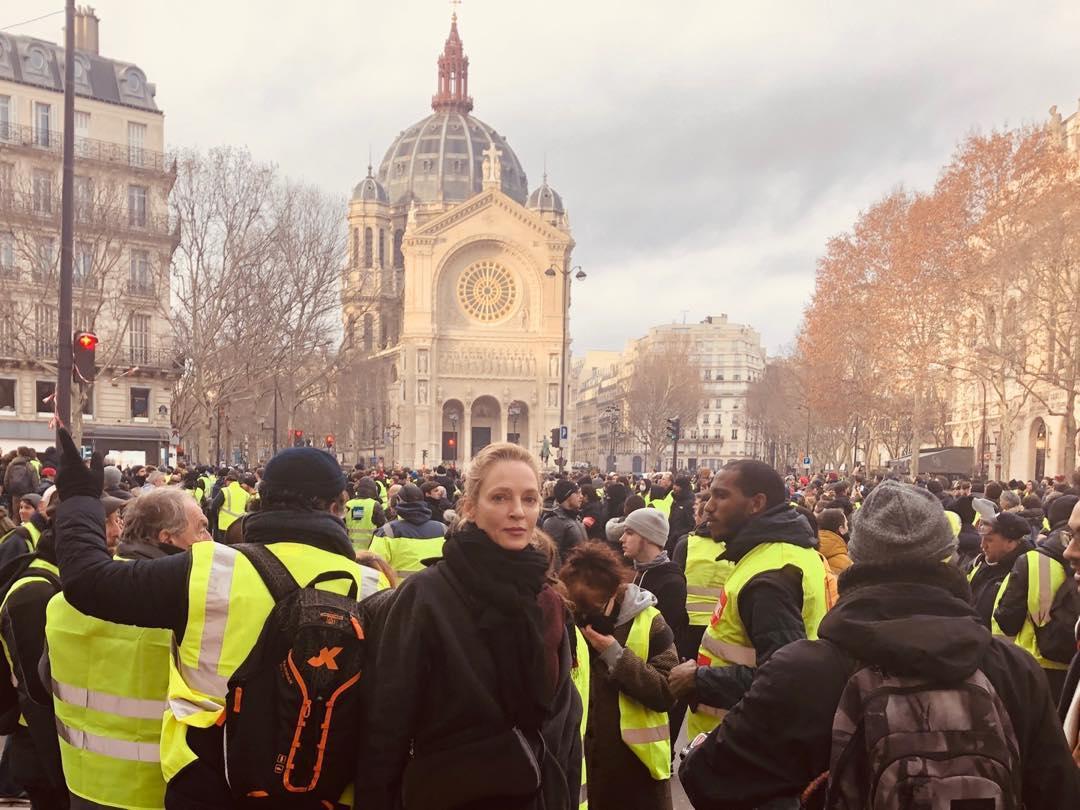 American actress and model Uma Thurman, Pulp Fiction and Kill Bill star, has provided her own coverage of the ongoing anti-government protests in France.

The 48-year-old Thurman has shared a photo of herself standing in a crowded Paris square in front of Saint-Augustin Church, surrounded by people wearing reflective yellow jackets — the symbol of the ongoing protests in France.

That Uma Thurman is au fait with what is happening in France has prompted a myriad of enthusiastic comments from Parisians and her fans alike.