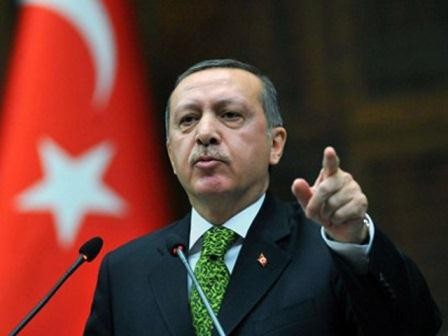 Addressing NGO representatives in Malatya, eastern Turkey, he said: "Turkey has become a country that has gained resistance to global crises and has overcome these crises on its own.

"We know that there are some circles who cannot digest this situation."

The president said these circles benefited a weak Turkey beset by internal problems because "for them, Turkey is a country to benefit, not a homeland to die for."

Erdogan said there were a number of Turkish groups who were enemies of the country. "Whatever their names and representatives are, their aim is same," he said, going on to identify the "parallel state" led by U.S.-based cleric Fetullah Gulen as one such group.