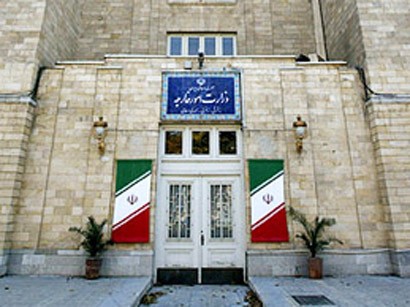 Bunyad Hasanov, the new ambassador of the Republic of Azerbaijan to Iran, has presented his credentials to Iranian Foreign Minister Mohammad Javad Zarif in a meeting today.

During the meeting, Zarif praised friendly relations between the two neighbor countries and said there is no problem against improving bilateral ties, ISNA news agency reported May 11.

The Azerbaijani ambassador for his part conveyed his country's interest in strengthening ties with Iran.

He said as the new envoy, he is tasked especially with pursuing stronger trade ties with Iran and other nearby countries.