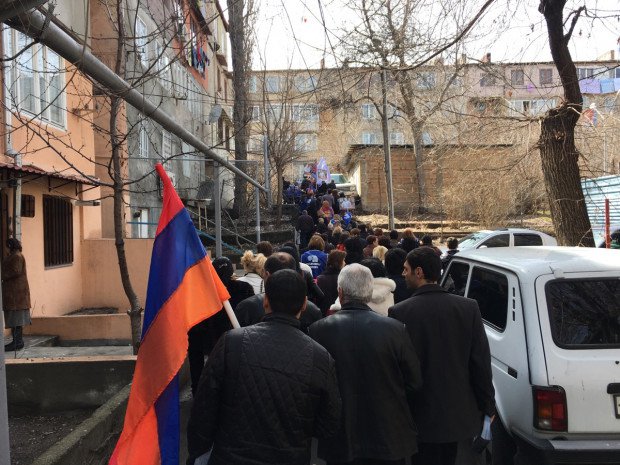 A protest rally began near the building of the Constitutional Court in Yerevan, where a meeting begins to consider the appeal of the ex-head of Armenia with a request to verify the constitutionality of the charges against him.

Axar.az reports that about 100 supporters of Robert Kocharyan hold his photo and demand his immediate release.

Notably, on June 25, 2019, the ex-president of Armenia was arrested by the decision of the Criminal Court of Appeal on charges of overthrowing the constitutional order in March 2008.