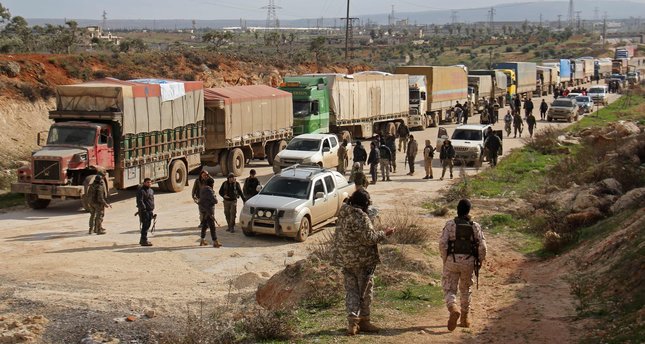 Turkey-backed Syrian National Army (SNA) rebels fighting on the frontline made heavy gains in the western part of the district, said the sources close to group who asked not to be named due to fear of reprisal.

In the eastern and southern parts of the city center, violent clashes continue between SNA fighters and the YPG/PKK.

Ankara wants to clear east of the Euphrates River in northern Syria of the terrorist group PKK and its Syrian offshoot, the PYD/YPG.

In its more than 30-year terror campaign against Turkey, the PKK -- listed as a terrorist organization by Turkey, the U.S., and the European Union -- has been responsible for the deaths of 40,000 people, including women, children and infants.